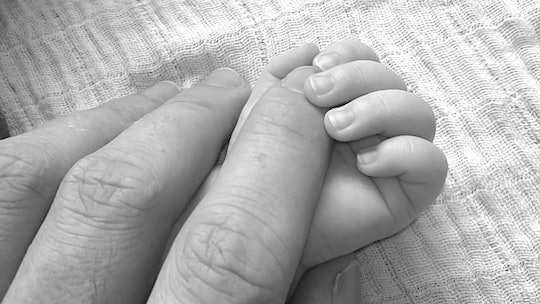 SIDS Rates Are Highest In These U.S. States

Just the mere mention of "SIDS" strikes fear in parents' hearts, and for good reason. Sudden Infant Death Syndrome affects families all around the world, though in vastly different numbers. Surprisingly, the numbers vary greatly in the United States, too. But where in the United States are SIDS rates highest, and more importantly, why are there such large discrepancies between different states?

About 3,700 sudden and unexpected infant deaths occurred in the United States in 2015. The CDC defines SIDS deaths as those happening to an "infant less than 1 year of age that occurs suddenly and unexpectedly, and whose cause of death is not immediately obvious before investigation." These cases also include instances of accidental suffocation or strangulation in bed. For parents, the phenomenon is absolutely heartbreaking, and the mystery surrounding what causes SIDS couldn't be more frustrating.

SIDS numbers vary dramatically state-by-state, with the average rate being 39.7 SIDS-related deaths per 100,000 live births, according to 2013 statistics provided by The March of Dimes. The state with the highest rate of SIDS deaths, Arkansas, reported 141.1 SIDS deaths per 100,000 live births, which seems especially staggering when compared to the lowest amount — New York state's 14.1 per 100,000. Other states with high SIDS death rates include West Virginia with 110.5, Delaware with 101.6, and Kentucky with 98.3. The states with the lowest SIDS rates (apart from New York) are Massachusetts with 15.5, Arizona with 18.9, and North Carolina with 21.1. Hawaii, Maine, Nevada, New Hampshire, New Mexico, North Dakota, Rhode Island, South Dakota, Vermont, Wyoming, and the District of Columbia did not provide any data and thus were not considered in these comparisons.

Working to tackle the "why," the CDC's Division of Reproductive Health has assisted with a sudden unexpected infant death and sudden death in the young (SUID and SDY) registry program so that parents involved are given "data about SUID trends and circumstances to develop strategies to reduce future deaths." Currently, the program exists in 16 states and two jurisdictions. Notably, the top two sites of the most SIDS deaths per 100,000 births, Arkansas and West Virginia, are not involved in the program. However, the following two highest states, Kentucky and Delaware, are included. In gathering more information nationwide, researchers hope that prevention is possible.

Some good news? SIDS rates have declined by 29 percent from 2005 to 2014. But still, "We cannot be complacent," Dr. Paul Jarris, the chief medical officer for the March of Dimes, stressed in a statement. "In terms of preterm birth and infant mortality," he said, "the United States has the highest rates of any of the developed nations."

Keeping tabs on SIDS rates is one way to fight complacency, and a dedicated effort to reducing infants deaths in every state. Hopefully, in time, those alarming trends begin to fade.