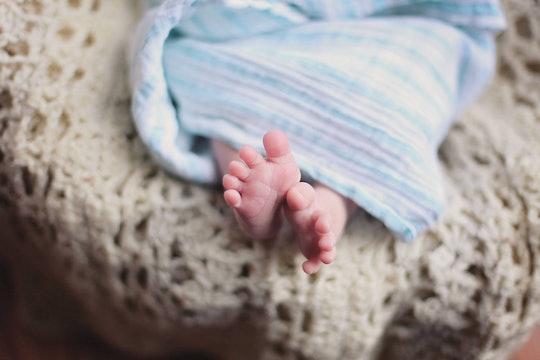 Where In The US Is Raising Kids Most Expensive?

It's a pretty well-established fact that having children doesn't even sort of come cheap. Preparing for an infant usually means buying a crib, a stroller, a car seat, and what honestly feels like an endless number of other baby-related items, not to mention the regular expense of things like diapers, wipes, clothes, or formula once the baby arrives. Unfortunately, the costs don't exactly let up much as your child grows — day care is outrageously expensive, and let's not even think about how much it costs to send them to college — though it does vary somewhat depending on where you live. Where in the U.S. is raising kids most expensive? Certain cities are far more expensive than others — and mostly, that comes down to the costs associated with child care.

According to CNN, the U.S. Department of Agriculture released a report in January outlining the average cost of raising a child today, and unsurprisingly, it's not a small number. According to the report, an average-earning couple raising a child born in 2015 can expect to spend $233,610 by the time that child is 17 years old. On a yearly basis? Parenthood costs between $12,350 and $14,000 a year, on average, per kid.

In general, parenthood is pretty costly right from the beginning: according to an analysis by NerdWallet, it's likely that a couple earning $40,000 a year would spend as much as $21,248 during their child's first year, with the bulk of that money going to housing costs and child care. Parents with young children will likely relate to the high expense involved, but according to CNN, raising children actually becomes more expensive as they age, thanks to increased food, transportation, health care, and clothing costs (the USDA found that it costs nearly $3,000 a year just to feed the average 15- to 17-year-old).

But, of course, those amounts are just averages, and raising kids can be much cheaper depending on where you live. In general, families living in rural areas in America pay the least amount to raise their kids — about $193,020, according to CNN — and living anywhere outside of the urban Northeast and urban West is also going to lower your costs. Some of the states you'll definitely want to avoid if you're trying to keep the cost of having kids low? New York, for one: according to Market Watch, a report from the Economic Policy Institute found that of the 10 most expensive places for a two-parent, two-child family to live, five of them could be found in the state of New York. Connecticut claimed an additional two spots on the list, while San Francisco, California, and Honolulu, Hawaii, also stuck out as particularly expensive cities for families.

The number one most expensive city to raise kids though, according to Market Watch, was actually Washington, D.C. Thanks in large part to the city's eye-watering child care costs, it's estimated that a couple with two children would need to earn as much as $106,493 just to afford their basic living costs and have an "adequate but modest" lifestyle. But if requiring a six-figure income just to get by doesn't sit well with you, there are other options. According to the Economic Policy Institute, the same family of four could have the same standard of living in Des Moines, Iowa, on an income of $63,741, or in a city like Morristown, Tennessee for $49,114.

Specifically though, it's child care that's likely to eat up the bulk of your household budget no matter where you live, according to the Economic Policy Institute. But that, too, varies greatly based on geography. Although the U.S. Department of Health and Human Services says families should spend, at most, 7 percent of their income on child care, according to The New York Times, the reality across the country is that American parents are often paying much more.

According to Business Insider, parents in Massachusetts pay the most for full-time day care — about $12,781 each year per child. For comparison's sake, that's actually about 20 percent more than the average cost of in-state college tuition (!). New York is similarly expensive, with the average annual cost of child care for a 4-year-old ringing in at $11,700. But it's not just a Northeast phenomenon: according to the Economic Policy Institute, for the vast majority of two-child families in America, child care costs exceed the amount they pay in rent, and only two states — South Dakota and Wyoming — have child care rates that are actually considered to be realistically affordable for the average family.

In other words, the reality for most American parents is that they will probably end up paying an awful lot of money to raise their children, especially if day care costs are involved. And unfortunately, short of moving to another state where cost of living is more affordable, there isn't a whole lot they can do about it. That's a particularly difficult reality for single-parent families, or those already struggling financially (all of the above figures assume a two-parent household on a median income), and in the absence of a government child care plan, it doesn't look like it will improve anytime soon. But if you're a parent who can't seem to quite figure out exactly where your money's going, chances are that it's safe to assume you spent it on your kids.