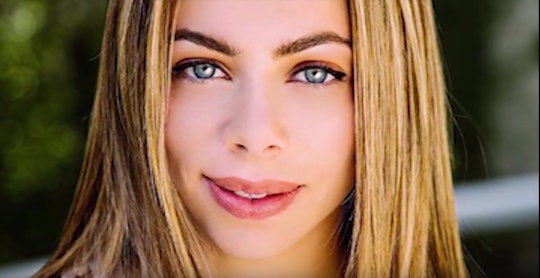 Where Is Adea Shabani From? 'To Live And Die In L.A.' Is Exploring Her Murder

Less than a year ago, the body of a missing actress named Adea Shabani was discovered in a shallow grave in California. Her on-again-off-again boyfriend at the time was the person she was last seen with before her disappearance. However, when his alibi didn't quite check out, a police chase ended in him shooting himself. No one has been charged in her murder to this day. Those who have been following her case on a popular true crime podcast might be wondering: Where is Adea Shabani from? It turns out the To Live and Die in L.A. victim wasn't born in the United States.

According to Newsweek, Shabani — like many aspiring stars — had moved to Hollywood to pursue an acting career. It turns out she was originally from Macedonia, where she had attended an international school in Skopje. She then studied business administration at the American University of Paris, France, according to the publication. It was after working in a jewelry store in Dubai that Shabani made the big move to Los Angeles. The 25-year-old had enrolled in acting classes and made a life for herself.

But alas, she would never be able to fulfill her dream. Because Feb. 23, 2018 was the last time she was ever seen alive, according to BBC News. The details leading up to her death still remain a mystery today. Which is probably why a 12-episode podcast called To Live and to Die in L.A. — which was launched on Feb. 28, according to Deadline — is now captivating the nation. The podcast by Rolling Stone writer Neil Strauss attempts to answer the question: What happened to Adea Shabani?

Like many murder cases, her disappearance actually began as a missing person's case. Shabani was last seen on an elevator security camera leaving her apartment with luggage and her boyfriend, Christopher Spotz, Fox 11 Los Angeles reported. Spotz — who was actually engaged to another woman at the time — told police the pair had gotten into an argument, and he had let her out of his car about 25 miles away from her home, according to BBC News.

As it turns out, Spotz's alibi couldn't be verified by authorities, according to Newsweek. By March 1, however, he and his fiancée had left Los Angeles for Spotz's family home in Colorado. Police finally spotted his car three weeks later in San Bernardino — which resulted in a 60-mile car chase. Spotz ultimately shot himself in the head before he could be caught by officers. It wasn't until a week later that the grim discovery was made, BBC News reported. Shabani's body was found more than 400 miles away from her home in a shallow grave in a remote part of Northern California.

"This podcast is for the victims of this story and those who love them," Strauss tole Deadline. "I hope to bring them the answers and the closure they deserve after so much pain and uncertainty. There are a lot of problems with procedure after a person goes missing. I hope this series can shed light on them, inform families in similar situations, and lead to a change in procedure, especially in the crucial first week."

At this point, there are only three episodes of To Live And Die In L.A. left in the 12-part series. Will Strauss help uncover any truths surrounding the murder of Adea Shabani? I guess we'll have to tune in to find out.