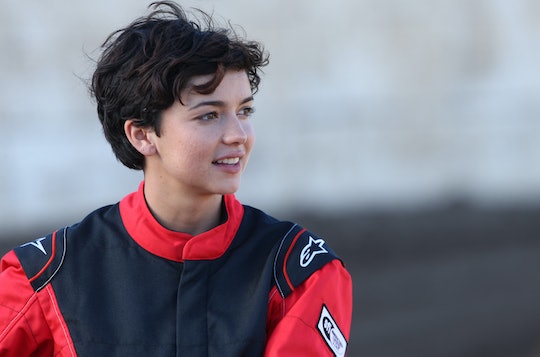 Where Is Bekah From? This 'Bachelor' Contestant's *Sunny* Disposition Is A Clue

I'm just going to admit it: Bekah is my favorite contestant this season. I think she knows exactly how to play the game and she's pretty fun to watch, which makes me want to know everything there is to know about her. For example, where is The Bachelor's Bekah from? Even before the season started, there was controversy over this contestant because her age wasn't listed on her ABC biography. Sleuths soon figured out, though, that Bekah was 22 when the season was filmed (the minimum age to be on The Bachelor is 21). Despite the mystery being solved, the age is still a matter of contention because of Arie's age, which is 36. While he doesn't seem to know about the age difference yet, I have a feeling he soon will.

According to her ABC biography, Bekah is from Fresno, California. She know lives a few hours away in Los Angeles and works as a nanny. If her ABC bio is any indication, Bekah wants to keep working with children — and settle down to have a family. She said in five years she wants to be "Teaching art or owning an art studio for children, hopefully married and planning to have babies!" At 22, she's the youngest contestant this season, but she seems to have one of the strongest connections with Arie thus far.

I'm not the only one who senses that connection — Arie does as well. In a recap of The Bachelor Arie wrote for People, he said:

With each and every date, Bekah M. continued to impress me. She’s able to be vulnerable and open and sexy. Our chemistry was truly off the charts and, on top of that, our conversation was phenomenal.

Once Bekah told him that he was attracted to her because "she doesn't need him," I personally knew she was one of the smartest people in the room. Arie also said of his relationship with Bekah, "Every time we talked, I learned so much about her, about our potential as partners and about myself. This is why I gave her the group date rose."

I have a feeling that producers have kept her age a secret because it's going to be portrayed as a big deal (even though, c'mon, she's an adult and can make her own decisions). I'm not sure if not having her age of the biography was part of that, but once I saw that her title card doesn't even have her age, I knew that something was up. The Bachelor will probably make a big "reveal" of Bekah's age to Arie; at which point "the Bekah-ning" is coming, as People put it (which is almost as bad as "Janu-Arie," but I digress).

The trailer for Monday night's episode hints that Arie will find out about the 14-year age difference between the two. During a one-on-one, Arie confesses that he could see himself falling for her... and then Bekah asks, "Do you know how old I am?" The trailer also showed a shot of Arie covering his mouth in shock (dramatic). Seeing as Arie has so much chemistry with Bekah, and Bekah seems to be reciprocating (if not, she's a great actress), I'm not sure if this will be a deal breaker for him. I have an agenda of my own, though, so I don't mind if Bekah leaves the show: I think she would make a great Bachelorette.

OK, I just want to watch her for an entire season, but seeing as some are saying that Bekah's the only reason to watch this Bachelor cycle, I'm not the only one. I'll start my campaign for Bekah-as-Bachelorette now.