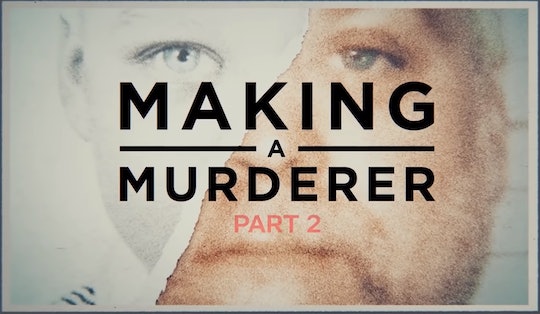 Spoilers ahead for Making A Murderer: Part 2. America’s love-affair with true crime has never been stronger. As part two of one of the most popular docu-series in recent history is now airing on Netflix, Making a Murderer, viewers are likely wondering what happened to one very key person from the first half of the series. So, where is Bobby Dassey today? The nephew of Steven Avery hasn’t been seen yet.

Dassey’s testimony was one of the key pieces of evidence that put his uncle, Steven Avery, and brother, Brendan Dassey, behind bars for the murder of Teresa Halbach, according to Newsweek. But in the renewed series, which follows the case after the conviction, including the fallout on the families, according to Vox, Dassey’s absence is conspicuous. Nobody seems to know what’s become of the man who is a bit of a key player again in part two of Making a Murderer.

It has been 11 years since the conviction of Steven Avery, according to Esquire, so nobody can blame Dassey if he just wanted to put the whole ugly time period behind him and move on with his life. But Avery’s post-conviction lawyer, who is the unwitting star of the new series, is determined not to let him do that, according to The Daily Beast. And that’s because, according to Esquire, attorney Kathleen Zellner is trying to overturn her client’s conviction by putting the spotlight squarely on Bobby Dassey, as reported by Newsweek.

Romper's request for comment from Dassey's mother, Barb Tadych, about the ongoing case and his inclusion in the Netflix documentary, was not immediately returned.

In an affidavit filed by Avery, he alleges that Dassey and his now-stepfather, Scott Tadych, are the ones who are responsible for the disappearance of Halbach, according to Monitowoc, Wisconsin news station WISN. And Zellner reportedly believes she has proof to build a case around that statement, according to WISN.

Zellner followed Avery’s affidavit up with a 599-page filing that asks the Wisconsin court to allow her to submit evidence that was previously suppressed as part of Avery’s appeal, according to Rolling Stone. The evidence hinges on a computer CD that allegedly holds nearly 2,500 pages of material taken from a computer in the Dassey home, Rolling Stone reported.

The images on the CD are said to be disturbing, including extremely graphic and violent porn, according to Metro. Zellner’s filing alleges, “The Dassey computer contains images of Ms. Halbach, violent pornography and dead bodies of young females viewed by Bobby Dassey at relevant time periods before and after the murder of Ms. Halbach.” She also stated, according to Metro, that “[many] of the female images, both alive and deceased, bear and uncanny resemblance to Ms. Halbach.” Zellner claims that because of work and school schedules of other people living in the home, the images could only have been downloaded by Bobby Dassey, as Heavy reported.

Regardless of what happens with this CD and evidence, it’s clear that Zellner isn’t even close to giving up on the case. “Steven Avery is at the BEGINNING not end of the appeal process…We have multiple opportunities to overturn this wrongful conviction,” she tweeted Oct. 25.

You’ll have to see the evidence to decide for yourself what you believe. The entire season of Making a Murderer: Part 2 is available to stream on Netflix now.