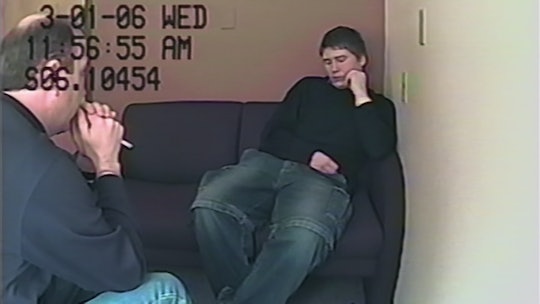 Here's Where Brenden Dassey From 'Making A Murderer' Is Today

Few documentaries have caught the attention of viewers quite like that of the 2015 Netflix series, Making a Murderer. Filmed over the course of 10 years, the episodes showcased DNA exoneree (after serving 18 years), Steven Avery, and his quest to expose law enforcement corruption. Meanwhile, he becomes the prime suspect in the grisly murder of photographer, Theresa Halbach. Avery's nephew, Brenden Dassey, also became a suspect at just 16 and confessed to the crime — though some believe the confession was coerced. So where is Brenden Dassey now? With all the new developments, you'd think he'd be walking free.

At this exact moment, Dassey, nearly 29, is still behind bars after an appeal was overturned by the Supreme Court. His mandatory life sentence began nearly 12 years ago, when Dassey was just a teen. The controversy revolving around Dassey's conviction comes from the 48-hour period he was questioned by police — a total of four times. He was without parental or legal council and is said to be on the borderline of intellectual disability with a reported IQ of around 70. This means he may not have understood the consequences of what he admitted to and could have been easily influenced.

A federal judge first overturned Dassey's conviction, but that would only be the start of his fight for freedom. The judge explained the reasoning saying it was the right thing, "Especially when the investigators' promises, assurances, and threats of negative consequences are assessed in conjunction with Dassey's age, intellectual deficits, lack of experience in dealing with the police, the absence of a parent, and other relevant personal characteristics, the free will of a reasonable person in Dassey's position would have been overborne."

Thus, the U.S. Department of Justice appealed, then a U.S. federal court ordered Dassey freed from prison, ruling Dassey's confession was, in fact, coerced. The three-judge panel wrote in explanation: "To be sure, Dassey's confession was not a smooth and consistent story. There were holes in the narrative. Dassey waffled and backtracked."

You'd think that would've been it, but prosecutors appealed that appeal and The Wisconsin Court of Appeals found that Dassey's conviction should not be overturned stating, "the interrogation was not unduly coercive. Dassey had been read his rights, and his mother consented to the interview. Dassey did not have a lawyer present." On June 25, 2018, Dassey's plea to have the conviction overturned yet again was denied. The confession that landed Dassey in prison wasn't included in Avery's trial, due to key inconsistencies.

One of the filmmakers, Laura Ricciardi, told Variety why they took on this case saying, “It’s a window into the American criminal justice system that we haven’t seen before. We wanted to know how that happened and what would be happening to him as an accused in the system.” It seems just as true for Dassey's conviction as well.

As for what's coming in the second part of the docuseries, maybe the efforts made post-convction will be re-examined. Ricciardi added in that same interview, “In part two, we wanted to look at the experience of the convicted and imprisoned, two people who are serving life in prison, maintaining their innocence, and wanting to fight to regain their freedom. For us, the central dramatic question for part two was, will these two individuals succeed?”

The main intent of creating both parts of Making a Murderer, co-filmmaker Moira Demos told Variety, comes down to how the laws can work for or against anyone (like Dassey) in these situations saying, "you should under-stand that the problems of the world are not irrelevant to you, and they could come down on you.”