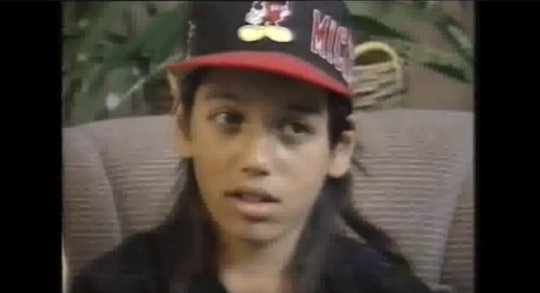 While Leaving Neverland focuses on the stories of Wade Robson and James Safechuck, the four-hour documentary includes mentions of several other men who deny claims that anything inappropriate ever transpired between them and Michael Jackson when they were children. Among those men is Brett Barnes, who toured with Jackson in the early 1990s. Since he isn't interviewed in the documentary, viewers tuning in when it airs in two parts this month on HBO may be wondering where Brett Barnes is now.

Now in his late-30s, according to this active Twitter account Barnes still lives in Melbourne, Australia, where he grew up. The account has been voraciously defending Jackson as the documentary approaches its release, in keeping with the position Barnes held when he testified in Jackson's 2005 child molestation trial as reported by the New York Times. Barnes was brought in to testify because a witness had alleged seeing Jackson kiss him as a boy, but he denied this. According to reports, when Barnes was asked whether Jackson had ever molested him, he replied, "Absolutely not. And I can tell you right now that if he had, I wouldn’t be here right now." The now-deceased singer was acquitted on all charges.

Leaving Neverland premiered at Sundance earlier this year, where journalists and reviewers were quick to report that the documentary was "disturbing." It chronicles the alleged childhood sexual abuse of So You Think You Can Dance choreographer Wade Robson, 36, and James Safechuck, a 40-year-old computer programmer, at the hands of Jackson. The late singer's estate came forward to ask why men who have denied that any abuse occurred, like Barnes, weren't interviewed in the film.

"Those concerned should be given an appropriate and timely opportunity to respond," estate attorney Howard Weitzman wrote in a letter to Channel 4, the network set to air the film in the U.K, Vanity Fair reported. "I think we can all agree that the false allegations being made in your 'documentary' are 'significant allegations'... it is hard to imagine more significant accusations that can possibly be made against anyone."

Director Dan Reed defended the choice saying it was his intent to narrowly focus on two alleged victims, tell their stories with care, and shine a light how grooming can even extend to victims' families when an abuser is famous and powerful. "Anyone who sees the film will know it is solely about hearing the stories of two specific individuals and their families in their own words, and that is a focus we are very proud of," Reed said, according to Vanity Fair.

Weitzman has also brought a lawsuit against HBO, who had a non-disparagement agreement with the singer after running his 1992 live music event Michael Jackson in Concert in Bucharest: The Dangerous Tour. The suit alleges, according to Variety:

HBO and the director were well aware of their financial motives and that ample opposing facts are available from numerous sources, but made the unconscionable decision to bury any evidence casting doubt on their chosen narrative. Had they made an objective film it would have allowed viewers to make up their own minds about these allegations, instead of having a television network dictate to them that they must accept these false claims about Michael Jackson.