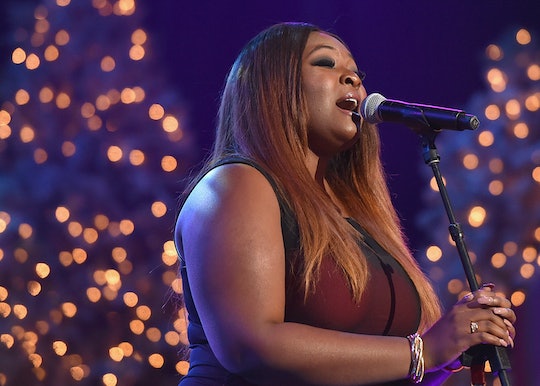 Where Is Candice Glover Now? The Former 'Idol' Winner Is Keeping Busy

With a whole roster of former winners and contestants appearing on the series finale of Fox's American Idol this week, some fans are curious about where former American Idol winner Candice Glover is and what she's up to these days. Glover, the 26-year-old R&B singer who took the top prize during 2013's Season 12 of Idol, has been busy recording albums and performing live, the two things she does best. And we're all in for a treat during the Idol finale on April 6 and 7, because Glover will be returning for her final Idol performance, taking the stage with other alum, including Josh Gracin, Colton Dixon, Taylor Hicks, and—we know you're wondering—Kelly Clarkson, Carrie Underwood, and Jennifer Hudson.

In case you missed Glover's winning season (or were watching The Voice instead), she wowed the audience and left the judges speechless on multiple occasions. Glover had auditioned for two previous Idol seasons, making her the contestant to have auditioned the most times before making it to the live rounds.

During Glover's Season 12 auditions, Idol judge Mariah Carey said that her rendition of Duffy's Syrup and Honey was the "best singing we have heard thus far." That's certainly high praise from the queen of R&B. (And less creepy than judge Nicki Minaj's reaction to the same performance: “I am obsessed with you. I want to skin you and wear you.")

Perhaps her best performance, though, was when Glover epically reinvented The Cure's Love Song as a jazz slow jam during the finals round. The performance earned her a standing ovation, and then-judge Randy Jackson declared it "one of the greatest performances in the history of 12 seasons of American Idol," according to Rolling Stone.

Not surprisingly, Glover hit the ground running after her Season 12 win, releasing her first studio album, Music Speaks, in 2014, and starting work on her second studio album soon after. Glover told Billboard that the second album will be "a bit more in your face." She plans to write all the songs for the album, which is expected to be released in 2016. "I want to say what's really on my mind," the soulful singer said.

In addition to producing her upcoming album, Glover is starring in The Love Shack, a gospel musical that premiered in Los Angeles in February. In the play, she will be playing the lead role of Lovely, "a church girl struggling to find her own way," according to an interview with Glover at Rated R&B. In the same interview, Glover revealed that her next album "is going to be all me. It’s going to be my lyrics from my heart."

Anyone who's heard Glover belt out a tune knows that if it's from her heart, it's bound to be transcendental—and her performance on the Idol finale is definitely something worth tuning in for.