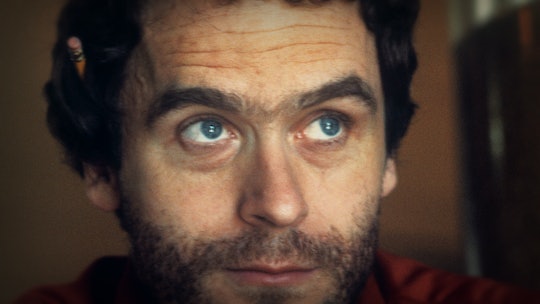 Here's Where Carol DaRonch Is Now

The true crime docuseries genre does not appear to be going out of style anytime soon and Netflix is delivering yet another in Conversation with a Killer: The Ted Bundy Tapes. The four-part series dropped on the 30th anniversary of the serial killer's execution and among those interviewed is Carol DaRonch, one of his few escaped victims. So viewers tuning in may be wondering where Carol DaRonch is now. Though she's spoken at length about her experience in the past, it seems like she's mostly put the event behind her. She hasn't given many recent interviews about her harrowing ordeal, and it's easy to see why: her brush with death was truly horrifying.

In November of 1974, a then-18-year-old DaRonch had been out shopping when Bundy approached her with a police badge saying that her car had been broken into. He told DaRonch that she needed to come with him to the police station to file a report, and despite the fact that he was driving a Volkswagen Bug instead of a police cruiser, she got into the car with him. He pulled over near an elementary school and attempted to handcuff her, drawing a gun and threatening her life.

"I had never been so frightened in my entire life," DaRonch says in a clip from the docuseries. "I know this is cliché, but my whole life went before my eyes."

She eventually managed to get the passenger side door open and ran away. Bundy would go on to murder another victim just four hours later. DaRonch later identified him in a police lineup and, although he escaped prison twice, he was executed in 1989.

"I don’t trust people like I used to. You can’t anymore. It’s an evil world out there," DaRonch told People the year he was executed. "I’ve decided to try and block it from my memory. You can’t live in fear forever.”

At the time, she was happily engaged to a man named Gus Lewis and hugely grateful for his support. "We’re both real happy Bundy is finally gone," she said. "He lived too long, if you ask me. If they’d have asked me, I probably would have pulled that switch myself."

Netflix has structured the docuseries around the so-called Ted Bundy Tapes, which the killer used to try and postpone his execution date. Though he claimed responsibility for killing 30 women, estimates of the total number of women he'd killed went as high as 100. (A few, like DaRonch, also survived his attacks.) Bundy offered to slowly leak out information on his full assortment of victims to give their families closure in exchange for staving off his execution. His accounts, which he recorded on death row, went on to be known as the Ted Bundy Tapes. As the Netflix trailer notes, they've never been publicly heard before, despite many documentaries, news segments, and TV movies all dedicated to the grisly serial killer. Conversation with a Killer: The Ted Bundy Tapes is now streaming on Netflix.