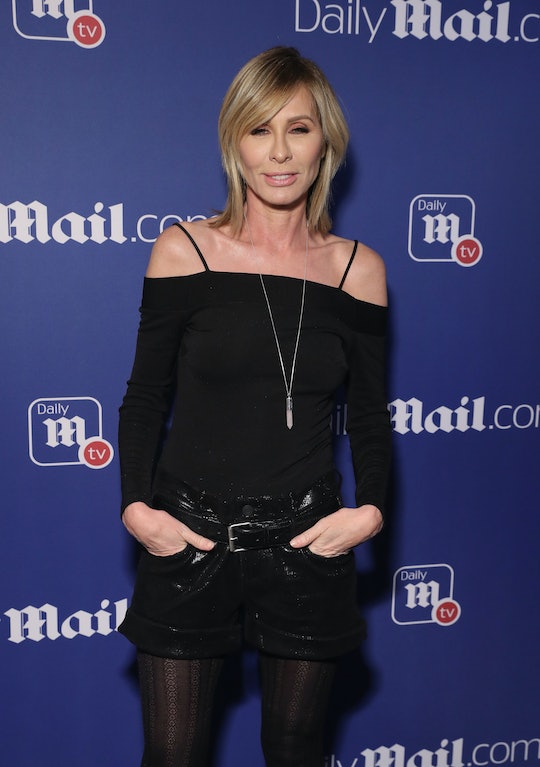 Viewers eagerly tuning in for Season 11, premiering on Mar. 6, may find themselves wondering where Carole Radziwill is on Real Housewives of New York this year. She's conspicuously absent from the opening credits and that's because she announced last July that she'd be leaving the show after six seasons as a full-time Housewife.

First introduced to viewers as an Emmy and Peabody Award-winning news producer for ABC, Carole quickly won over RHONY fans when she joined the show in 2012. As the widow of Anthony Radziwill, who was Jackie Kennedy's nephew and the son of a Polish prince, Carole came with enough socialite pedigree to challenge Sonja Morgan and a noble title to rival ex-Countess Luann de Lesseps'.

Following Anthony's death in 1999, Carole left her job at ABC News and penned a best-selling memoir called What Remains: A Memoir of Fate, Friendship, and Love. What followed was a Glamour Magazine column, a debut novel titled The Widow's Guide To Sex And Dating, and, of course, a multi-season stint on RHONY. But last season was extremely tough for the author, owing in large part to a painful and bitter feud with her one-time best friend Bethenny Frankel. Rumor had it that the reunion show was so vicious, it prompted Carole to quit. Whether or not that was truly the final straw, Carole's statement on her departure was full of, um, subtext.

Wrote Carole in her statement, according to Bravo's The Daily Dish:

After six seasons on Bravo’s RHONYC, I have decided to return to what I do best — journalism and producing. I am sure this does not come as a surprise to any of the viewers, all of whom have been supportive, encouraging, and kind. My original curiosity about reality television has waned over the years and I am focusing on TV and writing projects that better suit my more steady temperament. I have worked with amazing producers, made great friends, and I’m thrilled to leave frenemies behind. I will remember this entire experience with delight, humor, and a veracious accuracy. Next.

A few weeks later, she was spotted out to lunch with an ABC pal, and a rumor quickly spread that Carole may be in talks to join The View. She quickly put a stop to it, noting in a tweet that, although she'd been a guest and she watches the show, coming on as a host wasn't in the cards for her.

In September, fans got a better sense of the direction Carole was headed in when it was announced that she'd signed with Verve. According to Deadline, "She has several projects in development over multiple platforms including scripted, unscripted, digital and publishing."

There have been a few different deals in the works over the years to option Carole's books for a series, but nothing has ever panned out in the past. It sounds like this new career move could potentially be geared toward finally bringing that project to fruition. In the meantime, Carole has officially been replaced by newcomer Barbara Kavovit, so there's plenty to look forward to on the new season of RHONY, too.