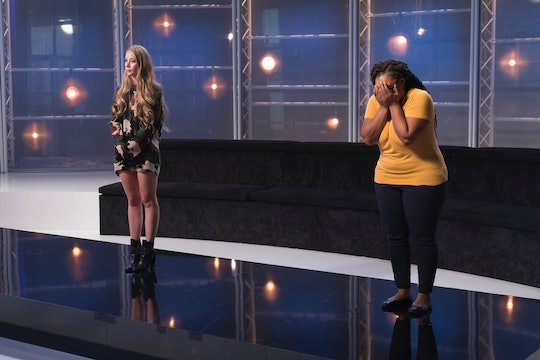 The first elimination on Bravo's revamped version of Project Runway was as controversial as it was surprising. It came down to one designer, Frankie, with an outfit in shambles; the other, Cavanagh, had a look that lacked the wow factor the judges were after. Cavanagh was sent home in the end, a decision that some fans didn't agree with. It's never easy to be the first one out, but finding out where Cavanagh from Project Runway is now will ease any worries about the impact this may have had on her fashion career.

According to her Bravo bio, Cavanagh was off to a good start long before she joined the show. She started a self-titled fashion brand while she was in college and eventually opened a flagship store in Nashville. She acquired a celebrity client list that included Heidi Klum, Lucy Hale, Camila Mendes, and Miranda Lambert. If you're in the Nashville area, you can stop by her store, but if you're not, then you can shop Cavanagh Baker online on their website. She has an array of styles available, all at a luxury price point.

Cavanagh also took to Instagram to address her Project Runway sendoff and the reaction she's seen from viewers. While it seems like her personal account is private, her professional one is open for all to peruse. And here's what she had to say post-elimination.

Cavanagh said that she was aware of the fact that social media was divided on her after the first episode, because she felt it painted her as a "villain." But she wasn't concerned with that. Instead, she wrote:

I'm over here living my best life, running an extremely successful business with the most beautiful, loving and supportive clients, friends and family. Seeing my garments on women who uplift rather than tear down, with knowing that my work speaks for itself. A reminder, don't judge people before you get to know them.

Cavanagh concluded with a winky emoji and some very pointed hashtags: #villain, #snob, and #meangirl. She also pointed out that the photo that accompanied the caption was shot by professional photographer Devin Brett Warren — a reference to the fact that Cavanagh was less than thrilled about having to take an iPhone photo of her outfit in her Project Run episode.

From the sound of Cavanagh's not at all bothered missive, she managed to bounce back from her elimination just fine. She continued doing exactly what she did before: work on her brand, sell her clothes, and work with her clients. The line about her garments being worn by women who "uplift rather than tear down" seems a little odd, because it wasn't like her model was the one criticizing her design (in fact, she helped sew it). Regardless, it appears Cavanagh has a solid support system to help her make the transition back to her regularly schedule programming.

Season 17 of Project Runway started off with an unexpected elimination. Every Thursday on Bravo, you can see if it keeps delivering surprises.