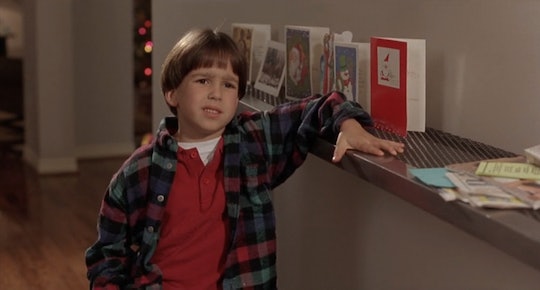 Here's What Charlie From 'The Santa Clause' Is Doing Now

When Scott Calvin discovered a waiting sleigh and reindeer on his roof in The Santa Clause, it was his son Charlie who urged him to take up the Santa mantle, even if he thought it was just for the night. Father and son rebuilding their relationship made up a big part of the film and drove much of the conflict later on. But where is Charlie from The Santa Clause now? Twenty-three years have passed since the movie's release (yep, you read that number right) and now he's all grown up.

Now 31 years old, former child actor Eric Lloyd has continued to act, though he's taken some breaks here or there. His career began when he played an even littler Kevin Arnold on The Wonder Years, which he followed up with more small film and television roles until landing Charlie in The Santa Clause. After that, he did some TV movies and took on some voice acting roles, but Charlie probably remained his most recognizable part. He was a regular on the Christina Applegate comedy Jesse in the late '90s, but it wasn't long after the show ended that his acting career seemed to slow.

After The Santa Clause 3: The Escape Clause in 2006, he didn't appear onscreen again until 2011's About Abby. Then he took another break after True Perfection in 2012, making his way back to the small screen with the TV movie Weedland this year and the upcoming The Onyx of Wall Street. But just because he wasn't working as often as an actor doesn't mean he wasn't keeping busy.

In a Reddit AMA from 2014, Lloyd updated fans on what he'd been doing since his days of playing Tim Allen's son came to an end. He had since moved on, choosing to focus on music and work behind the scenes in film. He opened a film and music production studio called LP Music and Film Studios with Tyler Payne. He had begun to step behind the camera earlier, working as second Assistant Director on Chromeskull: Laid to Rest 2, and it seemed to agree with him. According to Lloyd, he would do "sound and other jobs on-sets [sic] all the time."

During the AMA, Lloyd explained that music was his primary passion, saying that, "My life pretty much revolves around that — doing band stuff." He sings and plays guitar for his band Radiomason. However, he didn't make it sound like acting was no longer an option at all. Even though he may not be actively seeking an acting career anymore, Lloyd definitely appears to be open to the possibility of continuing onscreen. "I'd love to act again and do something but I think I'm gonna make my own way in, starting through the music [and] my studio and things like that, putting myself into that," he wrote.

"When I wanted to get back into acting, they wanted to put me in Disney TV shows," Lloyd continued, adding:

The last agent I was with, when I sat down to have my interview about what i [sic] wanted to focus on, I was telling them about all the one-hour dramas I liked, indie films i [sic] wanted to do, and the agent looked me and said "oh, you mean REAL acting?" and my jaw dropped. A big change from when I left the industry in the 90's [sic]. They wanted me to do Disney TV shows and things like that. So we'll see! Only time will tell.

Lloyd is also married now to Lisa Marie Tasker. Though he has has shifted his career goals since his time on the set of The Santa Clause, he's only had good things to say about the film and his involvement with it. So who knows? Maybe he'll return to the big screen again some day.