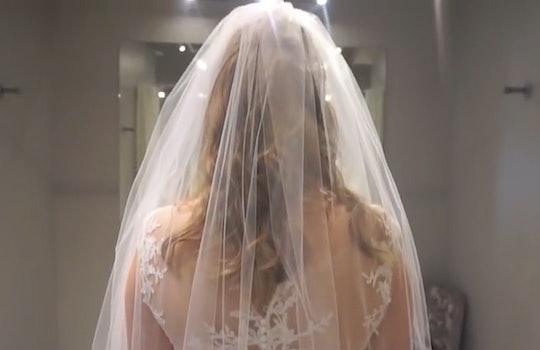 Where Is Child Marriage Still Legal In The US?

On Thursday, the New York State Assembly passed a bill outlawing child marriage in the state of New York. The legislation prohibits the marriage of minors who are under 17 years of age, and requires anyone between the ages of 17 and 18 to get court and parental approval before they get married. New York may be on it's way to limiting child marriage there, but where is child marriage still legal in the United States? According to the Pew Research Center, the answer is: in most of the country, actually.

According to the New York Daily News, under current law, the age of consent for marriage in New York is 18, but minors as young as 14 can get married as long as they have both parental and judicial consent. This latest bill raised the age of consent, and it already passed in the Senate. Gov. Andrew Cuomo has called the issue "a priority," according to the New York Daily News, and he is expected to sign the new legislation into law soon. The National Organization of Women's New York chapter has been advocating for the legislation, and Sonia Ossorio, president of NOW-NYC, said the passage of the bill “is great news for thousands of children who are vulnerable to coerced and forced marriage in our state," according to the Daily News:

It’s a form of child abuse and it was time to address it.

The Pew Research Center reported in November 2016 that in at least 36 states, minors can marry with judicial consent. In 34 states, minors who are 16 or 17 can marry with permission from their parents. And in two states, Massachusetts and New Hampshire, girls as young as 12 and 13, respectively, as well as 14-year-old boys, can get married with parental and judicial permission. What were you doing when you were 13? I certainly wasn't thinking of getting married, that's for sure.

According to MassLive, a similar bill to the one that passed the New York State Assembly has been sponsored in Massachusetts, and it would forbid anyone under the age of 18 from getting married in Massachusetts. According to the bill's sponsors, 84 percent of the 1,190 teenagers under 18 who were married over a 15-year period in Massachusetts were young girls married to adult men.

And according to the Union Leader in New Hampshire, advocates for raising the age of consent for marriage had some success in Virginia — where girls under 16 were previously allowed to marry if they were pregnant. According to that outlet, a law enacted in 2016 requires anyone who is 16 or 17 years old to be given adult status from a court before they can get married.

But the Union Leader reported that Gov. Chris Christie vetoed a bill on May 11 that would have outlawed marriage for anyone under 18 in New Jersey. According to Politico, when he vetoed the bill, Christie said:

I agree that protecting the well-being, dignity, and freedom of minors is vital, but the severe bar this bill creates is not necessary to address the concerns voiced by the bill’s proponents and does not comport with the sensibilities and, in some cases, the religious customs, of the people of this State.

The Union Leader also reported in another article that legislators in New Hampshire voted to "indefinitely postpone action" on a bill to raise the marriage age to 18 in March as well. Those who voted against the measure reportedly did so because they felt the bill would have unintended consequences, in particular on military couples, and because it would increase the number of out-of-wedlock births. According to the Union Leader, Rep. David Bates said:

This provision has been our law for 110 years. It has been working and there haven’t been problems with the judicial waiver process.

The Pew Research Center reported that child marriage is most common in West Virginia and Texas. There, about seven of every 1,000 15- to 17-year-olds were married in 2014. And in many other states in the South and the West, such as Oklahoma, Arkansas, Tennessee, North Carolina, Nevada, and California, the rates of child marriage are reportedly above average.

Thankfully, there are organizations fighting to change child marriage laws and advocate for women who were forced into marriage. Unchained at Last is one nonprofit committed to helping women and girls leave or avoid arranged or forced marriages, and the group is working to change policy and legislation to finally end forced and child marriage in America.

It's clear that some states are willing to at least address the issue of child marriage in their region. If this is an issue you care about, research the child marriage laws in your state. Determine whether this is a concern to go to your representatives about, and see if you need to demand legislation similar to the law passed in New York State on Thursday. You can find your representatives here.