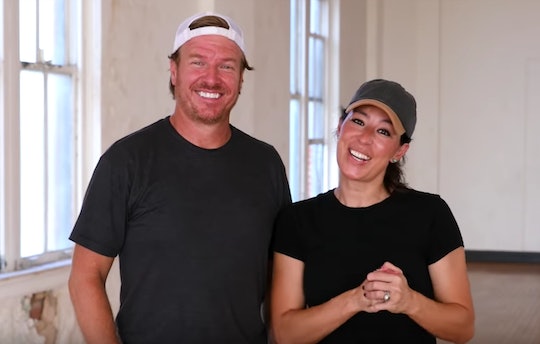 Not only do Chip and Joanna Gaines have their own TV network, home goods store, and contemporary restaurant, but they've also added a new coffee shop to their constantly growing empire. And good news: it's officially open for business. But where exactly is Chip and Joanna Gaines' coffee shop? If you're not located in the Fixer Upper family's hometown, get ready to do a little traveling for your next latte at Magnolia Press.

The couple's coffee shop officially opened for business on Tuesday, Nov. 19, and it's located in Waco, Texas. Magnolia Press' address is 418 S. 8th Street in Waco, which is just steps away from the Magnolia Market at the Silos, Chip and Joanna's design compound. Visitors can enjoy a cup of coffee and some good conversation inside the shop, or you can visit the walk-up window (located on the back patio) for a quick caffeine fix.

While you might have to make a bit of a trek to the Lone Star State to visit Magnolia Press in person, there's actually plenty to do, a la Fixer Upper, once you're there. Beyond grabbing a cup of joe, you can also eat at Chip and Joanna's restaurant, Magnolia Table, or you could visit all of the spots that are part of the couple's history, such as the tire shop where Chip and Joanna met and the location of their first business they opened together, even though it's no longer there.

While Magnolia Press is a coffee shop, its menu has something for the whole family. Magnolia Press serves espresso drinks (with different flavors and milk alternatives), including their signature latte, The 1905, which is infused with toasted marshmallow and vanilla. In addition to selling teas and hot chocolate, customers can also grab some savory or sweet pastries while they're there. And in an Instagram post, Joanna revealed that the Magnolia Press chocolate cake and savory artichoke croissant are her favorite items on the menu.

In a YouTube video from August, Joanna explained her vision for Magnolia Press. "So the feeling of the shop, I really wanted it to feel really cozy, kind of a blend of that library feeling, but also a little bit industrial," she said at the time. And the photos of the shop that have been shared so far seem like they nailed it.