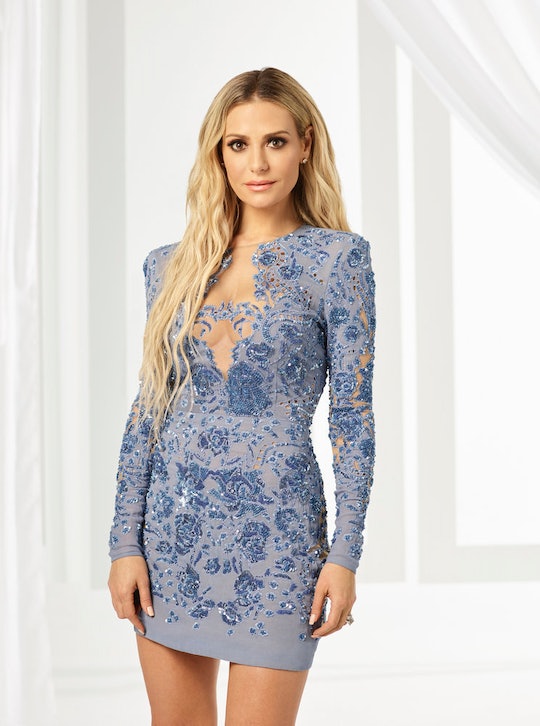 Dorit Kemsley Has Lived All Over The World

The newest woman to join The Real Housewives of Beverly Hills is Dorit Kemsley, and viewers have been spending Season 7 getting to know her. Dorit has no compunctions about flaunting her wealth or bringing up her international lifestyle, the latter of which can make it difficult to pin down just where she's from originally. Context clues are no help: Dorit has a British husband; she has British friends; she even, on occasion, has a British accent. But despite all of that mounting evidence, Dorit herself is not British. So where is Dorit Kemsley from on The Real Housewives of Beverly Hills?

If you were tuned in during the White Party that spawned the ongoing disagreements between Dorit and my personal queen Erika Jayne, then you already have an answer. When discussing a British sense of humor versus an American one, Dorit's comments on the matter were decidedly (and unsurprisingly) pro-British; Erika chose that moment to remind Dorit that she was from Connecticut, just in case Dorit had been confused by her own accent and forgotten. And she was right: Dorit is indeed from Connecticut. But Dorit didn't stay there for long. According to her Bravo bio, Dorit left Woodbridge, CT when she was 19 years old and apparently hasn't looked back. She's lived all over the world since then.

After leaving home, Dorit settled in Italy for 10 years while working for a global swimwear company. Then she took everything that she'd learned and returned to the States to start her own Italian resort and swimwear line called – what else – "Dorit." And in addition to her rather ambiguous accent, thanks to all that travel Dorit is fluent in four languages, including Hebrew (her parents moved to Connecticut from Israel) and presumably Italian.

Dorit was living in New York when she returned to the U.S., and that was where she met her husband Paul "PK" Kemsley. They were married in New York, then relocated to Los Angeles where they currently reside – and where Dorit is making an impression on RHOBH. With her new spot on the show and huge house filled with staff, it seems like Dorit and her family are settled in Beverly Hills for now. Dorit may have seen the world and earned a lot of stamps in her passport during all her jet-setting, but it looks like she's calling Los Angeles home at the moment.

In her Bravo bio, it says that Dorit's childhood dream was to travel the world, which is something that she has definitely accomplished. And as for where she'll journey to next, we'll just have to wait and see.