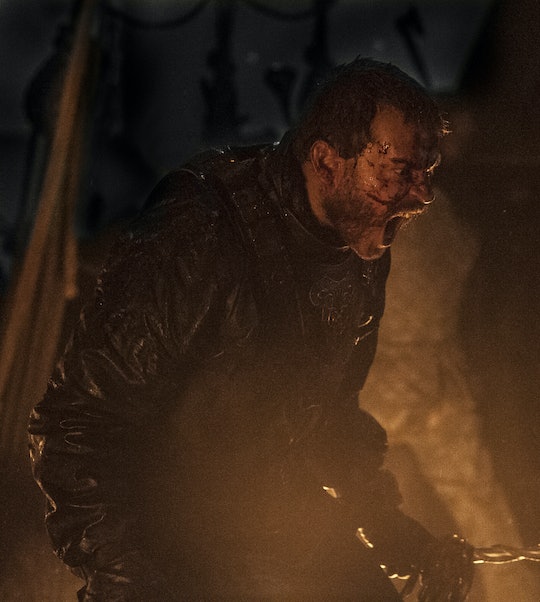 Ellaria May Be Headed For Cersei On 'Game Of Thrones'

The war between Cersei and Danerys for the Iron Throne has begun and there's already been blood. Euron attacked his niece and nephew's ships and took both Yara and Ellaria. So where is Euron taking Ellaria on Game of Thrones? She may be the gift he promised Cersei.

During the premiere of Season 7, Euron proposed to Cersei, hoping to make her his queen. However, Cersei was less than impressed. She told him she couldn't trust him and Euron was determined to rectify that by going to get her a gift. It now seems that gift is Ellaria.

Back in Season 5, Ellaria got her revenge for the death of her lover Oberyn, by killing Myrcella with a kiss of poison. Tyrion brought up this betrayal when he came face to fact with Ellaria while planning Daenerys' attack against Cersei. The reminder of the slight seemed to be foreshadowing what was to come for Ellaria later on in the episode.

Just as Ellaria and Yara were connecting, Yara's ship was attacked by Euron. Though the Sand Snakes did their best against Euron and his men, they all ended up dead and Ellaria was captured. Euron took Yara himself when Theon, rather than fight back, jumped ship.

Though Ellaria was still alive when the episode came to an end, she may not be when they arrive to King's Landing. Euron may decide the best gift to give Cersei would be Ellaria's head as revenge for Ellaria killing her daughter, however, that doesn't seem like Euron's style. It's much more likely he'll pass Ellaria along to Cersei alive so that Cersei can decide what to do with her, which is a much worse outcome for Ellaria.

Cersei is the queen at getting her revenge. Not only did she blow up the Great Sept, killing all her enemies in one full swoop, she also had Septa Unella captured so she could get her own special punishment. Cersei then water boarded her with wine, before leaving her to be tortured by the Mountain while Cersei walked away, saying, "Shame," like Unella had done to her. Unella could still be getting tortured. That's the kind of punishment Ellaria may be facing, if not something even worse.

Hopefully, if Ellaria is still alive, she, along with Yara, can find a way to escape, but it seems unlikely. Even if Euron doesn't kill them right away, they're as good as dead.