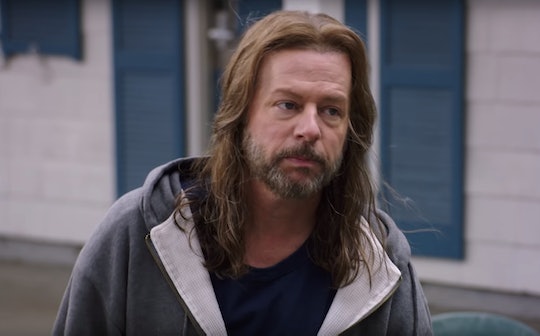 Netflix has been ramping up the number of films it produces each year which now include everything from serious dramas to light-hearted romcoms. Father of the Year, is a new comedy starring SNL veteran David Spade and is slated to premiere on Netflix on Friday, July 20. The film features Spade as a drunk, yet caring dad who lives under a trailer in less than ideal conditions. The backdrop looks like a perfect setup for all of Spade’s antics, so people are naturally wondering, where is Father of the Year set?

The movie, originally titled Who Do You Think Would Win?, was filmed in different parts of Massachusetts, and its IMDB page lists its location as Boston. However, according to local reports, some of the scenes were shot in towns outside the big city. The Wicked Local Hudson reported that Spade was seen with a stunt double filming on the streets of Hudson, Massachusetts with co-star Nat Faxon. And in a 2017 tweet, the Hamilton, Massachusetts Police Department revealed that Spade was filming in their town, and even stopped to take a picture with two officers. So, while the movie was shot in different towns, it looks like it stayed around the general Boston area.

Father of the Year follows the fathers of two recent college grads, played by Joey Bragg and Matt Shively, who casually banter over whose dad would win in a fight. But the when the dads (Spade and Faxon) catch wind of the notion, they try to do whatever it takes to prove themselves to their sons. The Netflix description of the movie reads, "A drunken debate between two recent college grads about whose father would win in a fight leads to mayhem when their dads take the challenge seriously.”

One look at the trailer, and you know that Spade is pulling out all the stops in Father of the Year. In one scene he's seen swimming naked in the back of a pickup truck only to be thrown into the street when someone drives the truck away. As far as showing his entire rear for the movie, on Howard Stern’s radio show, Spade revealed that he wasn’t shy about a little nudity. “I’m not in that bad of shape,” he told Stern, “I get a couple bad Yelp reviews on my ass but overall it’s not too bad.”

Along with Father of the Year, If you feel like you’ve been seeing a lot of Saturday Night Live vets on Netflix, it’s not just a coincidence. SNL alum Adam Sandler made a four-movie deal with Netflix back in 2014, and his production house Happy Madison has since produced The Ridiculous 6, The Do-Over with David Spade, Sandy Wexler featuring Rob Schneider, and The Week Of starring Chris Rock and Rachel Dratch for the streaming service.

Father of the Year doesn’t star Sandler like many Happy Madison films, but it does feature his wacky brand of humor. The next project in the works for Happy Madison, a feature-length comedy film called Murder Mystery, will also be distributed by Netflix, and has just begun filming in Canada.

As for now, after seeing the trailer with Spade’s side-splitting performance, I know I’m going to be adding this comedy to my watch list.