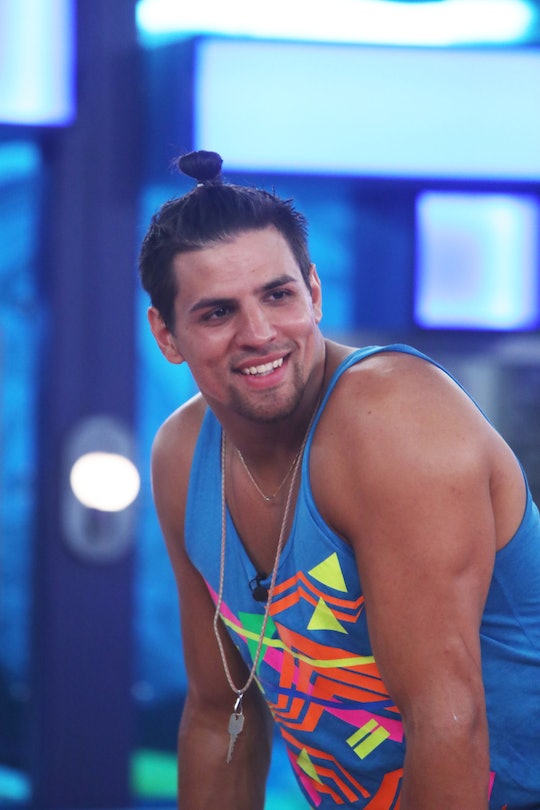 This week Faysal has all the power in the Big Brother house and, unfortunately, he doesn't know how to use it. In between questioning how Faysal could possibly think nominating Scottie was a good idea, fans are also wondering more about Faysal in general. For instance, where is Faysal from?

The 26-year-old is from Orlando, Florida where he currently works as a substitute teacher. As the head-of-household this week, Faysal got a letter from his family as well as cute pictures of himself and his family. It was truly an adorable moment that was quickly shattered when Faysal decided to ask about the eviction vote.

Somehow The Hive was once again blindsided when Rockstar was evicted instead of Kaycee with a 5-1 vote. Scottie quickly made it known to Haleigh that he was the one vote to evict Kaycee, but JC was on a mission to make sure Faysal believed it was Brett who was the one vote. Although Haleigh believed Scottie 100 percent, JC's claims that Scottie really liked Haleigh and wanted to get Fessy out so he could be with her, was enough to sow distrust in Fessy. Still, Fessy decided to just ask everyone who voted Kaycee out, but Brett and Kaycee stuck to the plan and pretended they had no relationship with each other and that is why Brett voted to evict her.

Fessy made it clear that he did not trust Brett, but he also did not trust Scottie either, so he nominated them both, which was the worst move he could have made and will ultimately end up being the final nail in his and Haleigh's coffin. As Scottie so aptly pointed out in the diary room, Scottie was Fessy's ally. He had no intention of going after Fessy and now unless Scottie or Haleigh wins the power of veto, Scottie will definitely be evicted because he does not have the votes against anyone else.

Instead of playing strategically, Fessy let his emotions and jealousy get in the way, clouding his judgment. There was absolutely no reason for him to nominate Scottie other than because he did not like how Scottie acted around Haleigh. Fessy let JC get into his head and it is going to be quite interesting when JC finally turns on Fessy and reveals he has been playing him this whole time. Because the truth is, Scottie leaving only benefits JC's game.

At this point, Fessy and Haleigh's only hope is if Haleigh wins HOH again and is able to keep them safe for another week. Otherwise, no matter who becomes the next HOH it is pretty much guaranteed that they will nominate Haleigh and Fessy side by side, meaning either of them will definitely be going to jury and from there the other will soon follow, leaving Level 6, JC, and Sam in the house. Then JC and Sam will go and Level 6 will finally have to turn on each other, which should at least make this game interesting again.

For now, watching The Hive turn on each other and ruin their own games has just become too painful to watch. As much as people want to root for them, it just seems pointless to do so. The Hive has been given opportunity after opportunity and they have blown it every single time. From the moment Kaitlyn first turned on the group by voting out Steve instead of Sam in the first week, it was downhill for The Hive. They have continued to betray each other, tell the wrong people their secrets, and just have all around bad game play. At this point, Level 6 deserves to win, and they will.