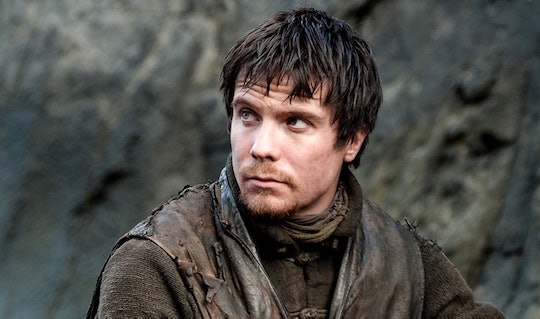 Gendry Needs To Return To 'Game Of Thrones'

Season 7 of Game of Thrones is almost here and with it being the second to last season of the series, fans have a lot of theories about who may make an appearance, or reappearance, in the coming episodes. In particular, fans are hoping the last Baratheon will finally show up again. But where is Gendry on Game of Thrones?

The last fans saw, Gendry was on a rowboat leaving Dragonstone and heading toward King's Landing, after Ser Davos set him free from Melisandre and his uncle Stannis' captivity. That was back in Season 3. Since then, there's been no word about Gendry or his whereabouts. However, when Gendry got into the boat, he did tell Ser Davos that he couldn't swim and had never been in a rowboat before. Therefore, his odds of survival were pretty slim.

Still, when it comes to Game of Thrones, unless you've seen the person die, it's best to just assume they're still alive somewhere. So it's not all that surprising that fans are hoping for a reappearance from yet another person with a legitimate claim to the throne (sorry Daenerys) and it looks like fans may just get what they've been waiting for.

According to Watchers on the Wall, Joe Dempsie (who plays Gendry) was spotted back in September at the airport in Belfast, Ireland, where Game of Thrones was being filmed. The site reports that Dempsie has no other projects that would require him to be in the area and it's where many of the GoT cast members were seen, so it definitely looks like Gendry might be back. But don't get too excited yet.

If Gendry is back, that could actually be a bad thing. The whole reason Gendry left King's Landing before was because King Joffrey ordered all of Robert's bastards to be killed so they wouldn't be a threat to his claim to the throne. As the last Baratheon, Gendry has a claim to the Iron Throne which Cersei currently sits on — and knowing Cersei, she wouldn't hesitate to kill Gendry if she knew of his existence.

Alternatively, a more positive theory could be that Daenerys finds Gendry and uses him as an extra ally for her claim to the throne. If Gendry returned and people wanted a Baratheon as king, Daenerys could easily marry him and give the people what they want, while also getting her throne herself. Plus, let's face it, Gendry isn't fit to be a king, so he'd really just be there for show and Daenerys would rule. (Though, if I'm being honest, I'd prefer to see Dany take the thrown herself without the help of any man, even someone as nice as Gendry.)

No matter what happens though, it'd be nice to know once and for all what happened to Arya's friend. Hopefully, fans will finally get the answers they crave.