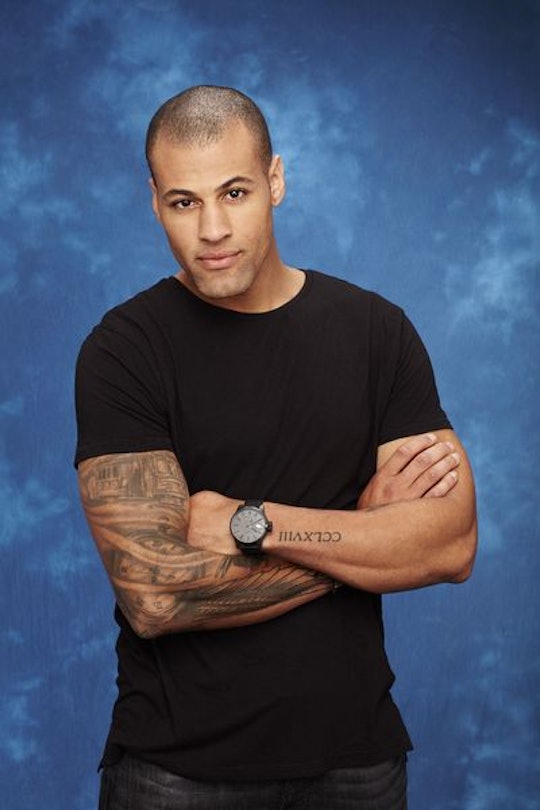 Where Is Grant Kemp From 'The Bachelorette' Now? He May Be Enjoying Paradise

We haven't seen a great deal from Grant Kemp — he of the epic jaw — on JoJo's season of The Bachelorette so far, despite Chris Harrison calling him as one of the five men to watch before the season premiered. The internet and the world in general seem to agree that Jordan Rodgers and Luke Pell are the front-runners to win this season, so it could be that Grant's days in the mansion are numbered. So where is Grant now that The Bachelorette stopped filming? It's hard to say.

Grant is a firefighter and a model, and his back story coming into the show was that he had just gotten out of a relationship. This appears to be totally true, and not without some controversy. As reported on Reality Steve, Grant recently left his long-term girlfriend, a reality show producer, in order to be on The Bachelorette, and even used her producer connections to get cast! This information comes via a tweet sent out by the ex's alleged best friend, although nothing can be confirmed true. Grant appears to have a history of falling desperately in love, but could this be the real thing? Is Grant shady, or is he just addicted to love? It's hard to tell. But if it's the latter, he may just get another shot on TV coming this August.

If Grant doesn't end up with JoJo in the end of the season, he could have another shot at love on Bachelor in Paradise, where some of JoJo's men will look for love. If this doesn't happen, well Grant will be just fine. From the look of his Instagram account, Grant is doing very well in the modeling world, and the show is probalby just going to magnify his chances of hitting it big.

There are few other clues available as to Grant's exact whereabouts at the moment (despite my very determined internet sleuthing). His Instagram and Twitter pages have both been frustratingly sparse as of late. So could he be down in sunny Mexico? Guess we'll have to wait for August to find out for sure.