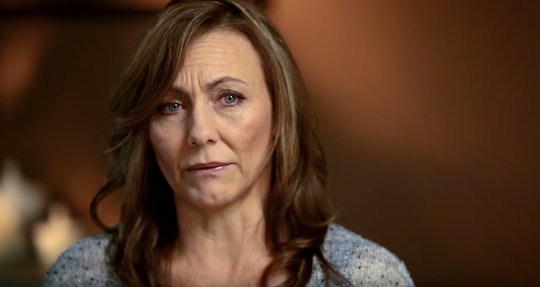 Netflix’s new documentary, Abducted In Plain Sight, is one of the most disturbing true crime stories out there. It tells the story of a young teen named Jan Broberg who was kidnapped and sexually abused by a family friend who brainwashed her parents to believe she was safe. Her story is harrowing, but viewers are curious to know, where is Jan Broberg from Abducted In Plain Sight now?

Broberg — now Jan Broberg Felt — is now a successful author and actress, who has been featured in a number of blockbuster films and TV series. From 2002 through 2006, she had the recurring role of Louise on the WB’s drama series Everwood and she also landed roles in movies like Iron Man 3, Maniac, and Behind You. Currently, Broberg is cast in the recurring role of Bonnie on the truTV series, I’m Sorry. Broberg’s passion for the arts extends to her position as the Executive Director of the Kayenta Arts Foundation in Utah, where she coordinates fundraising and creative directives for the organization’s arts initiatives.

But Broberg hasn’t limited her work to the just art. She has devoted a lot of her time trying to warn parents about the dangers of sexual predators. In 2003, Broberg and her mother, Mary Ann, wrote a book called Stolen Innocence: The Jan Broberg Story, and toured the country to share their life story. In Abducted In Plain Sight, Broberg gives detailed accounts of how her parent’s friend, Robert "B" Berchtold, brainwashed her and her family so that he could abduct her and sexually abuse her without notice.

In the documentary, Broberg describes how Berchtold convinced her that she was part of an alien conspiracy which required her to become pregnant with his child. He told her that if she didn’t comply, she and every member of her family would be killed, and for years she believed him. Berchtold abducted Broberg twice in the 1970s, once when she was 12 and then again when she was 14.

In an interview with news.com.au, Broberg explained that Berchtold had sexual encounters with each of her parents, and then used guilt and shame to manipulate them. “My parents were manipulated and they were naive, they were also manipulated by a master sociopath that was a criminal,” she told the outlet. “Somebody doesn’t just come in and manipulate and brainwash the child, they work on an entire system of people around the child they become the best friend of the mother, the father, the neighbourhood and everybody loved this guy.”

Since the documentary aired, Broberg’s parents have gotten backlash for allowing this to happen. But Broberg insists that their support is what helped her survive, and that people should focus on the real message of the film. “Would I have even had a chance of surviving without the amazing, wonderful parents that I have? No,” Broberg told news.com.au. “The bigger message is somebody is assaulting a child you know right now and you just don’t know it because it’s somebody you love and trust. So wake up. See something you wouldn’t have seen before seeing this documentary.”

Hopefully, parents can come away from Abducted In Plain Sight with a better understanding of the tactics sexual predators use to manipulate children and their families. I admire Broberg for having the courage to talk about her experiences, and better yet, overcoming them to take control of her life and pursue her passions.

Abducted In Plain Sight is currently streaming on Netflix.