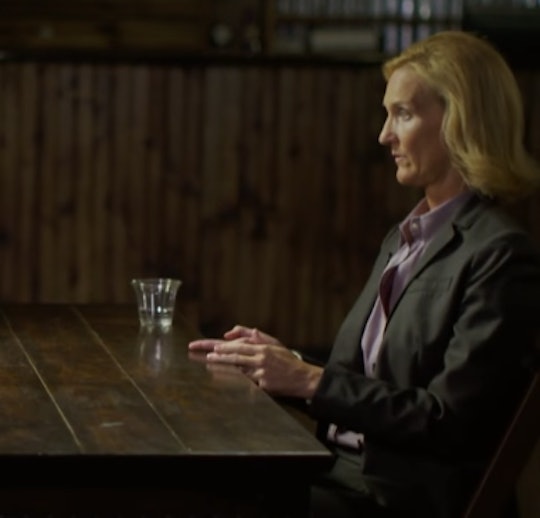 A slew of investigators have worked tirelessly over the years in hopes of solving the JonBenét Ramsey case, with different authorities holding separate opinions as to who may have killed the 6-year-old beauty queen some 20 years ago. One of these investigators, Jane Harmer, believed that Ramsey's parents were to blame indirectly for Ramsey's death, recommending an indictment on "charges of child abuse resulting in death and of being accessories to a crime." So where is 1997 JonBenét Ramsey Investigator Jane Harmer Now?

Harmer spoke to Dateline NBC correspondent Josh Mankiewicz in her first-ever television interview, which aired Friday, Sept. 9, as a part of Dateline NBC: Who Killed JonBenét?. Harmer stated: "I think that the grand jurors heard the evidence and came up with that conclusion and I would agree with their conclusion." Harmer continued, saying that she also agreed with the ultimate decision to not pursue charges against the John and Patsy Ramsey. Essentially, Harmer said, she agreed with both the grand jury as well the district attorney's courses of action. Romper reached out to Harmer for comment, but she did not respond at the time of publication.

No one was ever convicted of Ramsey's brutal murder, but investigators like Harmer were there to look for answers from the beginning. Harmer has been a detective in Boulder since 1992. In 2008, she spoke to Police Magazine for a feature, not on the Ramseys, but on women in the police force, especially the gendered barriers that she had faced personally. Harmer remembered the scrutiny, saying: "If I failed or did poorly, I felt someone would be over my shoulder saying, 'See, you don't deserve this, you don't belong here.'"

Her female-positive comments speak to women's strengths and abilities, resisting the stereotype that women are only fit for certain types of roles. Frustrated by the insinuation that women aren't fit "to be put into roles like homicide investigators" and other intense scenarios, Harmer definitely proved herself capable and willing to work diligently for respect. "Sometimes I regret not going for a promotion," she added, before ultimately realizing the trade-off. "I myself have taken positions that were not as glamorous to get weekends off so I can spend them with my family," she said.

Littered with pro-LGBT statuses, gorgeous solo shots in front of beautiful outdoor views, and plenty of dog photos, Harmer's Facebook indicates she's living a life she enjoys. Her stark comments in NBC's series help parse new meaning from a case that's been turned over for nearly two decades. Perhaps in the future she'll continue to speak out, not only about the Ramsey case but in other situations that seek strong, definitive voices.