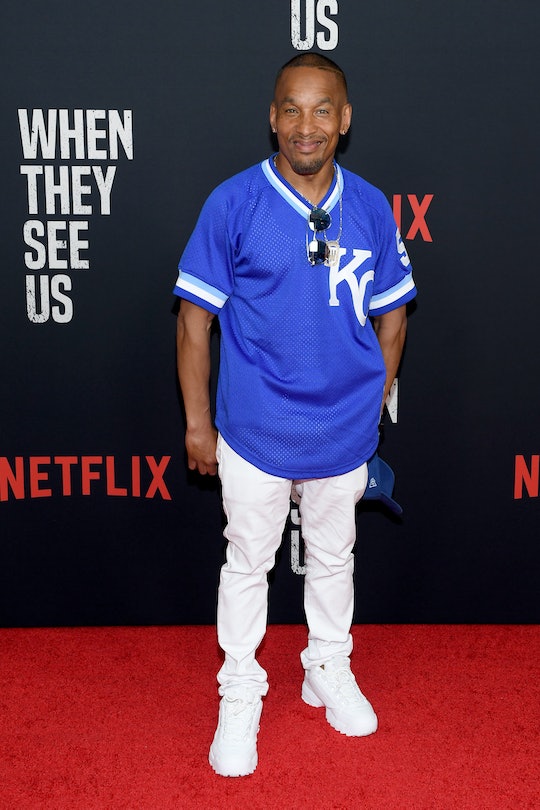 'When They See Us' Offers Updates On Korey Wise

Ava Duvernay's four-part limited series about the Central Park jogger case is an incredibly difficult watch, but it's an equally important one. Now streaming on Netflix, When They See Us tells the story of five teens living in Harlem who were wrongfully convicted of a brutal attack on a 28-year-old jogger named Trisha Meili in 1989. The oldest among them, Korey Wise, served the longest sentence in an adult prison facility, despite being just 16 years old when he was first detained. His conviction, along with the others', was vacated in 2002, but viewers may be wondering where Korey Wise is now. As the When They See Us epilogue notes, he's the only one of the five men at the center of the story who still resides in New York City.

Wise lives in the Bronx and frequently speaks out on issues of criminal justice, according to Black Press USA. He and the four others wrongfully convicted were awarded a $41 million settlement by the city of New York in 2014 — that amounts to roughly $1 million for every year each of the men spent wrongfully imprisoned. In 2015, Wise donated $190,00 of his settlement to the University of Colorado’s Innocence Project, which in turn, renamed the chapter the Korey Wise Innocence Project.

The Colorado Law chapter addresses state cases of wrongful conviction, but the Innocence Project operates as a national organization. Wise decided to donate to a local chapter hoping his contribution there would make a bigger impact than donating to the national organization. "This opportunity came up where he could give to a program that really needed it," Wise's attorney Jane Fisher-Byrialsen told the Denver Post, according to The Root. “He thought his money would make a big difference here, and I think it already has.”

After Wise became involved with the Colorado Law chapter of the Innocence Project, program director Kristy Martinez said that students were coming out in droves to join.

Wise's story is among the more heartbreaking threads in the case: he wasn't initially a person of interest to police and only wound up at the station in the first place because he wanted to accompany his friend Youssef Salaam; he was the only one of the group tried, convicted, and sentenced as an adult, despite being just a few months older than the rest; and he served the longest sentence, 13 years of the five to 15 the conviction carried, because he refused to admit his involvement in a crime he didn't commit at his parole hearings.

But that extended prison sentence at an adult maximum-security facility meant that he chanced a run-in with Reyes Matias, the man who eventually confessed to the rape of Trisha Meili after meeting Wise at Rikers and then seeing him again at Auburn Correctional Facility. His confession was corroborated by a DNA match, which ultimately led to the vacated convictions of Wise, Salaam, Antron McCray, Kevin Richardson, and Raymond Santana.

"Destiny made it his business to come see me," Wise said in his Black Press USA profile.

In 2014, the five men announced they'd be seeking an additional $52 million in damages from the state in the Court of Claims, according to the New York Daily News. The suit is reportedly still ongoing.