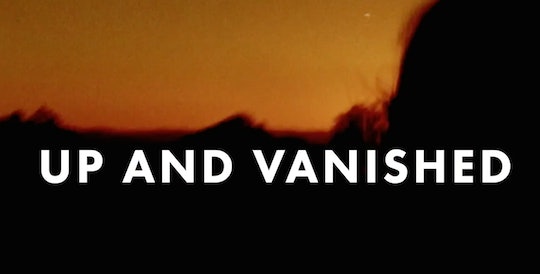 Where Is Kristal Anne Reisinger From? 'Up & Vanished' Digs Further Into Her Disappearance

True crime podcasts are totally captivating, and Season 2 of Up & Vanished has proven to be just that. In the newest season, host Payne Lindsey focuses his attention on Kristal Anne Reisinger, a mom who disappeared from a tiny town in Colorado. After learning about her story and before diving into the podcast, people might want to know where Kristal Anne Reisinger is from and how she got to Colorado before her mysterious disappearance.

Reisinger went missing in July 2016 from the tiny town of Crestone, Colorado with a population of 143 people, according to Crimefeed. Although the town is very small, it still has a claim to fame, which is what drew Reisinger to the area. Crestone is known as the "New Age religious capital of the world," according to the Atlanta Journal Constitution.

But before Reisinger called Colorado her home, she grew up in Arizona, where she was raised, according to Up & Vanished. However, due to a "difficult home life" Reisinger moved to Denver, Colorado to live with her aunt. But in 2015, Reisinger moved out of Denver to Crestone, in search of "religious enlightenment," according to the podcast. Although "home" can mean so much to different people, it's obvious that Reisinger was looking for more, which led her to the tiny Colorado town.

But in spite of living in an isolated town away from the city, Reisinger always kept in touch with Guana, according to Up & Vanished. No matter how far away she lived from those she cared about, she always kept in contact with them.

However, after Reisinger supposedly disappeared from a full moon drum circle on July 13, 2016, no one has heard from her or seen her since, according to the Denver Post. And no one knows where she is now two years later, according to The Wrap. "You're not gonna solve this case, really, through the internet," Lindsey told The Wrap. "This is so off the map."

Google it all you want, but you're not gonna find much, and that's why we're spending so much time in this town, to give answers to people... No one just ends up here. It's at the end of the road. So people come here for spiritual pursuits. She came to Crestone to be enlightened.

Unfortunately, due to her mysterious disappearance and events leading up to it, law enforcement officers believe Reisinger may be a victim of foul play, according to the Denver Post. But, Saguache County Sheriff Dan Warwick told the Denver Post that he is hopeful that Up & Vanished will bring attention to Reisinger's whereabouts, telling the Denver Post that he hopes someone will "come forward with a key clue" to put a close to the case.

This season of Up & Vanished is trying to do just that — uncover new information and help Reisinger's friends and family members get the answers and closure they deserve. The first nine episodes of Up & Vanished have explored Reisinger's life in Colorado, digging into what might have happened to her.

If you want to learn more about Reisinger's disappearance, you can listen to Season 2 of Up & Vanished on the podcast's website or wherever you listen to your podcasts.