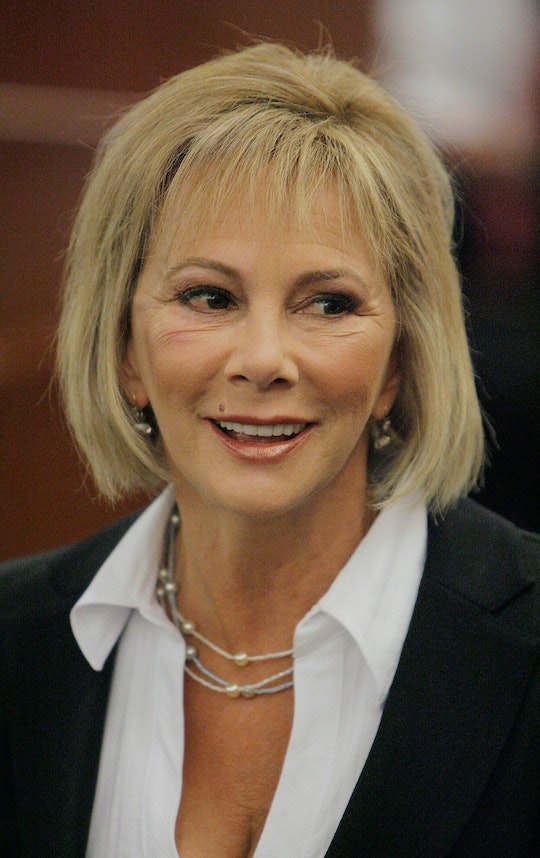 It's been over 10 years since the jury was sworn in for the O.J. Simpson trial, but the case still lingers in people's minds. And as the world awaits Ryan Murphy's newest television series, American Crime Story, the 1994 trial has become an even bigger topic of conversation. Scheduled to air Feb. 2, FX's newest true crime anthology follows the events and people involved in the O.J. Simpson murder case. One of the featured players will be California state prosector Marcia Clark. Though the series will examine her life during the trial, those familiar with the case may be wondering where is Marcia Clark now and how being part of the most infamous case in the country changed her life.

Clark's career began in 9181 when she went to work for the Los Angeles District Attorney’s office, according to Biography.com. Almost a decade into her career, she worked on her first celebrity-related trial, prosecuting Robert John Bardo for the murder of television star Rebecca Schaeffer. A few years later, she was given her highest profile case yet — People of the State of California v. Orenthal James Simpson. She, along with fellow prosecutor Christopher Darden, worked round the clock to prove Simpson's guilt. And, as American Crime Story will reveal, Clark faced some serious scrutiny and sexism throughout the trial to the point that it affected her day-to-day life.

“That was the hell of the trial,” Clark said in a 2015 interview with Vanity Fair. “There was no privacy. I was famous in a way that was kind of terrifying. I had no protection. When reporters showed up at my house, there wasn’t even a sidewalk. They were literally parked on my front lawn.” Clark further explained the impact of the trial in her memoir Without a Doubt, writing that she felt such guilt following Simpson's acquittal.

"I felt like I'd let everyone down," she wrote. "The Goldmans. The Browns. My team. The country." Vanity Fair reports that Clark quit her job as a prosecutor, becoming a legal analyst and special correspondent for various news outlets. She also took her knowledge of the law and writing skills to use, developing a plethora of crime thrillers. She was able to find some peace.

But with FX bringing the case back into the spotlight, Clark will have to relive the trial and the pain that accompanied it.

"When I first heard they were going to do this, I kept praying that somehow, something would go wrong," she told Vanity Fair. "It’s a tragedy. Whatever anybody thinks about Simpson’s guilt, two innocent people were brutally murdered. And the killer was never brought to justice. It hurts.”

Clark will be portrayed by American Horror Story-staple Sarah Paulson, who didn't realize how much the prosecutor endured prior to taking on the role.

"Having two small children and a husband who betrayed her and the public nature of all that scrutiny, which she was completely ill-prepared to handle, was like walking into a battle without any armor," Paulson said during a TV Critics Association, according to The Columbian. Paulson and Clarkson have met since filming wrapped, and the actress admits she is in awe of the woman who the media unrightfully turned into a villain.

" I just felt so much empathy for her and compassion for her,” Paulson said. “I actually feel as women we all kind of let her down. Nobody really rallied for her. If it happened today I would like to imagine that we all would have sort of (defended her).”

Perhaps others will see Clark in a new light following American Crime Story. And although Clark told Vanity Fair she won't be watching, perhaps she'll find comfort in knowing the impact she had on Paulson.