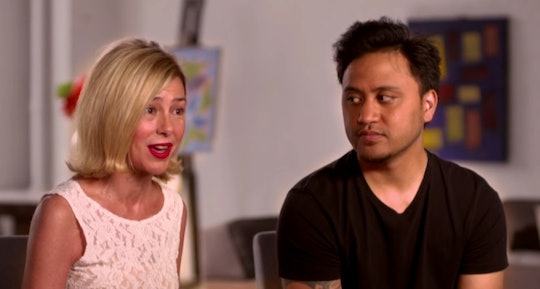 Where Is Mary Kay Letourneau Today?

If you grew up in the '90s you probably remember Mary Kay Letourneau, or at least her story. In 1997, Letourneau was convicted of raping her sixth-grade student, Vili Fualaau, but she claimed their relationship was consensual. Believe it or not, the couple ultimately ended up having two daughters and getting married. Now, over 20 years later, Letourneau is ready to share her side of the story and answer questions, like where is Mary Kay Letourneau today?

Letourneau became a national headline when it was revealed that she was having an affair with her 12-year-old student. Letourneau was 34 years old for at the time and married to another man with four children. She was arrested in March 1997 after a relative of her husband, Steve Letourneau, informed the police of the student-teacher relationship. However, she was able to get out of jail on bail to give birth to her and Fualaau's first daughter, Audrey.

Letourneau ended up pleading guilty to two counts of second-degree child rape and was sentenced to six months in jail. As part of her plea bargain, she agreed to avoid further contact with Fualaau, but she violated that condition when she was caught having sex with him in a car, leading to a second pregnancy. This resulted in her prison sentencing. Letourneau was also barred from contacting Fualaau, but their relationship didn't end there.

Once Letourneau was released, Fualaau got the court order barring Letourneau from contacting him lifted and the two wed on May 20, 2005. Since then, the couple and their two children have lived together as a family and they stayed in the same small Washington state town where they became infamous, until last year when Fualaau filed for legal separation from Letourneau.

Although her marriage may be coming to an end, Letourneau is doing well professional. Because she is a registered sex offender in Washington state she obviously no longer teaches. Instead, she's become a paralegal.

Letourneau will be discussing her infamous past, her marriage with Fualaau, and her time in prison in a new A&E Biography special, titled Mary Kay Letourneau: Autobiography. This will be the first time Letourneau really gets to tell her side of the things. Fualaau will also be in the special, though executive producer Brad Abramson told Fox News that neither opened up about their recent split.

"I think they're still trying to figure it out, to be honest," Abramson said about the breakup. "We told as much as they would tell us. I think...their relationship was evolving as we were shooting. There were no rumors of a separation [at the time]. But I think, for the both of them, they were trying to figure things out and save the relationship."

Although the pair wouldn't discuss what lead to them deciding to part ways, they did open up about pretty much everything else. Abramson said that Letourneau "took responsibility for her actions" and that she "regretted doing what she did and she made a mistake." Even so, she's grateful for the two daughters and life that came out of it.

One of the hardest things for Letourneau to discuss was her time in prison. Abramson told Fox News, "She's openly weeping as she's talking about missing her older children's birthdays while in prison. I think she felt very, very conflicted. It brought back a lot of raw emotions. I was quite surprised to see that after 20 years. Those raw emotions were still close at hand."

Letourneau will also discuss how she was portrayed in the media, both at the time of her arrest and even now, and how she felt about her relationship with Fualaau versus what the media said it was. You can see this and more when the two-hour special airs on Tuesday night at 8 p.m. EST on A&E.