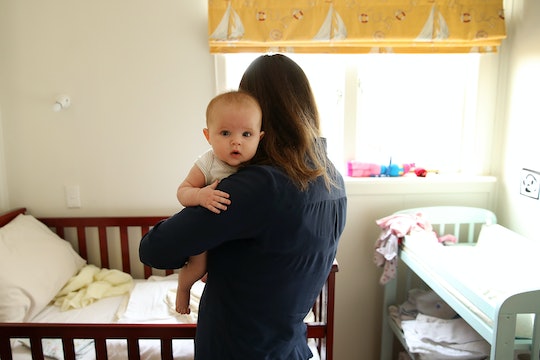 Where Is Maternity Leave The Longest & Shortest?

There's plenty about raising a child in the United States that's wonderful, but when it comes to support for parents and mothers, this country could take a cue from pretty much every other nation in the developed world by offering some kind of paid parental leave. Where is maternity leave the longest and shortest? Where the United States ranks just might shock you.

According to Pew Research, the United States is the only country among 40 other countries that offers no mandated paid leave for new parents. According to research from the Organization for Economic Cooperation and Development and Pew, Estonia ranks at the top of the list for paid parental leave, offering 87 weeks. New parents in Estonia get more than a year-and-a-half of paid parental leave. Bulgaria, Hungary, Japan, Lithuania, Austria, Czech Republic, Latvia, Norway, and Slovakia also provide more than a year of paid leave for new parents.

Rounding out the bottom of the list, according to Pew, is Turkey, Ireland, Australia, Switzerland, and New Zealand, but all provide more leave than America where new parents aren't guaranteed by federal law a single paid hour of leave for a new baby. (Of course, people who work for companies that provide comprehensive paid leave benefit, but otherwise there is no requirement it be provided by any employer.) But the smallest amount of paid leave offered in any of the other countries is eight weeks, Pew reported.

Out of the world's 196 total countries, the U.S. is one of only four that has no mandated paid parental leave, according to Business Insider, which ranks Finland the top country for new parents, followed by Denmark, Sweden, and Belgium. The Business Insider rankings take into account flexibility about when to take the leave, and whether fathers (or, hopefully, same-sex partners, since not all families are mothers and fathers) are given time off for taking care of a new baby. Jody Heyman, the director of the World Policy Analysis Center at UCLA, told NPR:

The U.S. is absolutely the only high-income country that doesn't, and as you can tell by the numbers, overwhelmingly the world provides it. The world not only provides paid maternity leave, but they provide adequate paid paternity leave.

There are individual states like California, New Jersey, Massachusetts, and Rhode Island that have mandated paid maternity leave, according to the U.S. Department of Labor, and many individual businesses like Ikea, which, according to Fortune, is trying to boost its parental leave policies as a way to attract and retain employees. Still, despite these local or company-specific efforts that make clear how important parental leave is for the workforce, a federal mandate has so far remained elusive in the U.S.

President-elect Donald Trump has proposed a plan to implement a six-week maternity leave plan (for mothers only) and tax rebates for child care, according to the Washington Post, but that's clearly not enough to keep the U.S. competitive with other countries in the developed world.