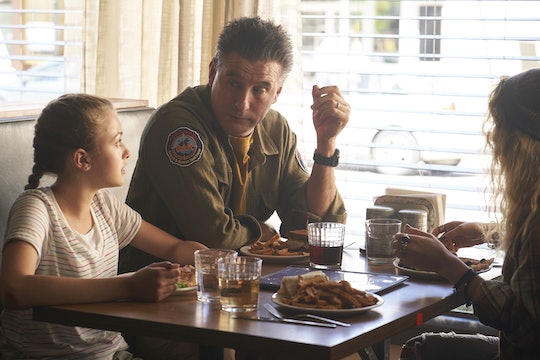 Netflix recently teamed up with CBC for an emotional family drama called Northern Rescue, starring and executive produced by William Baldwin. In it, he plays a recently widowed father named John West who uproots his teenagers and moves them back to his small, rural northern hometown, where he's taken a job as the local search and rescue commander. Since the show's setting is such a big part of the plot, viewers may be wondering where Northern Rescue is set. The show actually takes place in a fictional town called Turtle Bay Island, but Northern Rescue's creative team drew a ton of inspiration from their real-life shooting location.

The series filmed in Parry Sound, a small town of just over 6,400 in Ontario, Canada. It's about a two-and-a-half-hour drive north of Toronto, and it's situated on the eastern shore of the sound after which it's named. Those sweeping waterside views actually had a lot to do with why executive producer David Cormican ultimately settled on the location.

"A few of the crew had visited Parry Sound [prior to production moving there] and they said, 'You know it has a bit of a coastal charm,'" Cormican told MyParrySoundNow.com. "It’s not the same as the Maritimes but it has the Island Queen (ship) and there’s tons of water everywhere you look and there is this trestle bridge."

"Everyone started falling more and more in love with the area," Cormican added. "It kind of looked exactly what we imagined in our mind."

But one pitfall of shooting in Parry Sound, according to Cormican, was the trains that would constantly run through the small town. Although they offered lovely B-roll footage for the show ("It’s production value that you cannot buy," Cormican remarked), having to hold for sound while the trains passed often led to long days on set. And in a brush with art imitating life, a devastating wildfire raged to the north of Parry Sound while the show was in production. While it wasn't close enough to endanger the show, Cormican told The Hamilton Spectator that some of the local crew members had to be given time off to help family members who lost land and property in the blaze.

As for Northern Rescue's fictional town name, the show's creators intended it as an homage to the indigenous people of the region. Turtle Island is what many indigenous tribes, particularly ones from the northeast, call North America. Naming John West's hometown Turtle Island Bay was an attempt to acknowledge that history.

"We were surrounded by nature constantly so we wanted to have a bit of a wink and a nod to the area that we were in and the people whose land we were very fortunate to share and to highlight," Cormican said in his interview with The Hamilton Spectator. "And we also hired a lot of Indigenous people during production and filming, in front of the camera and behind."

In the end, it sounds like a ton of thought went into choosing the perfect place to set the series, and that's reflected in the show's beautiful cinematography, which you can enjoy now streaming on Netflix.