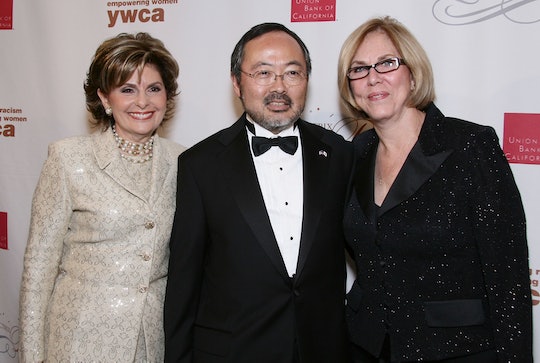 Where Is Peggy York Now? Judge Ito's Wife Stepped Away From The Law

There is a clear divide in the O.J. Simpson trial on Tuesday's episode. At this point in the trial, the case has veered from a double homicide to a case about race. In Tuesday's episode, all eyes are on Mark Fuhrman, when the tape recordings of him allegedly using racial slurs were brought into the trial. On The People v. O.J. Simpson, Fuhrman's tapes went beyond racial slurs — the Mark Fuhrman tapes also mentioned Peggy York, Judge Ito's wife. The comments were not made in a positive light, only heightening the chance that this case went to a mistrial. So, where is Peggy York now that the O.J. Simpson trial is over?

During the trial, Mark Fuhrman became an incredibly important player for the defense. He was the officer who found the glove at Simpson's home whose bloody mate was found at the crime scene. It was a major piece of evidence for the prosecution, but it ended up proving to be rather damaging when it came to light that Fuhrman had seemingly contradicted himself on the stand when stating he had not used the n-word in the past decade (Fuhrman plead no contest to perjury). The Fuhrman tapes proved otherwise, causing Fuhrman to plead the 5th Amendment while taking the stand again, most notably pleading the 5th when asked if he had "planted or manufactured any evidence in the case."

So, where does Peggy York, Judge Ito's wife, fit into all of this? She was also mentioned on the tapes. The FX show makes a point to mention Peggy York, the then highest-ranking woman in the LAPD. According to the New York Times, "In the tapes, Mr. Fuhrman can be heard disparaging Captain York's appearance and suggesting that she used her sex to advance her career."

Because of this, issues arose regarding the potential of a mistrial, with Ito in charge and his wife potentially taking the stand. During the trial, a secondary judge had to rule that York was not a relevant witness to the case, which eventually allowed Judge Ito to remain as the presiding judge.

So, where is Peggy York — whose full name is Margaret York — now? According to her LinkedIn, York is no longer in the LAPD, but she's still working with the legal system — in a way. There's no doubt that York has a ton of experience when it comes to the law, so naturally she'd keep with what she knows. From 1968 until 2002, York worked with the Los Angeles Police Department, until moving up to the Chief of the LAPD in 2003 (until 2009). Now, York's current LinkedIn "job" is "writer." From 2009 until the present, York states that she is "currently working on story of murder on streets of L.A."

In 2015, Lance Ito and York celebrated their 34th wedding anniversary. They did not have children, according to NBC News, but they supposedly host cookouts in their Pasadena mansion, which sounds like a blast.