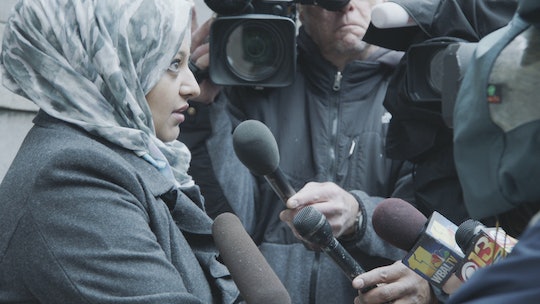 When Adnan Syed was convicted of murdering his ex-girlfriend in 1999, his friend, Rabia Chaudhry, initiated a chain of events that would turn his case into a global sensation. She reached out to reporter-turned-podcaster Sarah Koenig, who then turned the details of Syed’s case into a groundbreaking podcast called Serial, which uncovered indiscrepancies that helped overturn his conviction. She’s been a driving force in Syed’s case from the beginning, but where is Rabia Chaudry now?

According to her website, Chaudry is currently a wife, mom, and attorney who now co-hosts and co-produces the popular podcast, Undisclosed. After earning her law degree from George Mason School of Law, Chaudry practiced immigration and civil rights law for over a decade, and then moved on to working in the Countering Violent Extremism (CVE) sphere. She founded a the Safe Nation Collaborative which her website described as a CVE training firm that provides “CVE and cultural competency training to law enforcement, correctional, and homeland security officials, and providing national security and CVE training to Muslim communities and institutions.”

In 2016, Chaudry's book, Adnan's Story: The Search for Truth and Justice After Serial, became a New York Times bestseller and went on to win numerous awards, including the 2017 American Book Award. In the book, Chaudry revisited Syed’s case and presented information that the Serial podcast left out. She discussed new key evidence, further indiscrepancies, a potential suspect, and she highlighted forensic evidence that would offer a different perspective on how, when, and where Hae Min Lee was murdered.

These days, Chaudry continues to fight for Syed — who is still in jail despite being granted a new trial. She is executive producer of the new HBO documentary, The Case Against Adnan Syed, a four-part series that dives into the details of Syed’s case before and after his conviction. The film comes from Oscar-nominated director Amy Berg, who told Decider that she enjoyed working alongside Chaudry because she gave her the space she needed to tell Syed’s story.

“She gave us her file, she let us do our thing,” Berg revealed. “She wasn’t directing or anything like that, she was very much like, ‘Do your thing, I trust you, let me know what you need from me.’ That is the best way to work with someone like that, because you want to have the freedom to tell the story the way you want to tell it. We never had a problem, it was great. I’ve had problems with EP’s before, trust me, this was smooth as can be.”

When talking to Claremont McKenna College last month, Chaudry revealed that the documentary would shine light on key evidence that she hopes will lead to Syed’s release. “I hope you watch the series,” Chaudry said to the audience. “Because Adnan’s story is not over, he is still in prison. He was denied bail again, because the state won’t stop appealing. — Adnan, like many, many others, tens of thousands of people, is innocent, and I hope that you continue to follow his story until he comes home.”