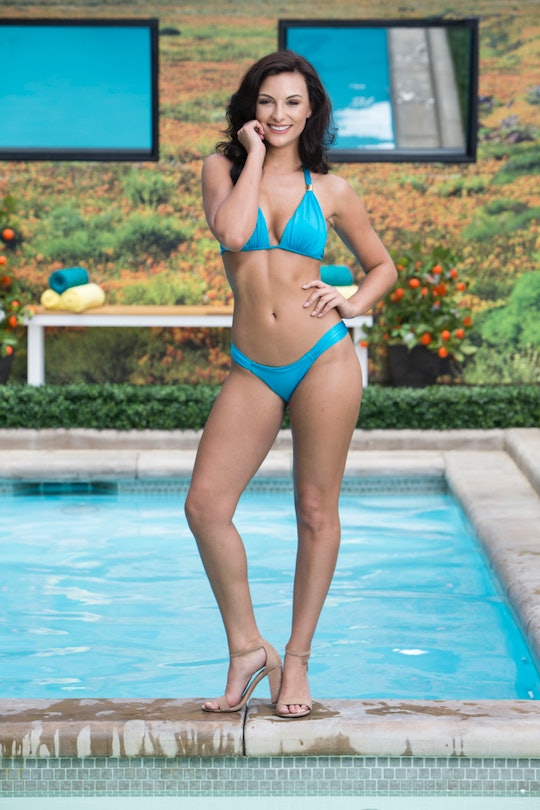 Rachel has become well known by Big Brother fans, and not for good reason. Last week, she and Angela were accused of being racist after making some offensive comments. Now it looks like Rachel's comments are affecting her game since she just got a crap app. With Rachel's name popping up more and more frequently it makes sense that viewers want to know more about her. So where is Rachel from?

According to her cast bio, Rachel is originally from Myrtle Beach, South Carolina, but she currently lives in Las Vegas, Nevada where she works as a Vegas entertainer. For now though, she's currently residing in the Big Brother house, and though she did get a crap app this week, she's still sitting pretty since she's not even on Kaitlyn's radar at the moment. Instead, Kaitlyn's got her eye on taking Swaggy C out by backdooring him, which is certainly a big move since he's in her own alliance.

As for Rachel, she did come under fire last week after she and Angela were discussing tanning and made some offensive comments. While sitting outside the pair were discussing how dark their skin was getting. Rachel said that her stomach was getting as dark as Bayleigh, who's black. Angela then responded saying, "I know. I'm looking ghetto here with the skin coloration." Rachel went on to say that she couldn't be in the sun for more than two days, otherwise she would "change ethnicities."

Big Brother is a reality show about watching a group of people who have no privacy 24/7 — and capturing every unfiltered moment and conversation in their lives. At times, the houseguests reveal prejudices and exhibit behavior that we do not condone. The producers have addressed two such incidents that were seen recently on the 24/7 online feed. In both cases, those involved have been warned about their inappropriate behavior and offensive comments, as well as future consequences. These events will not be part of any future Big Brother broadcast on CBS.

Some viewers were left unsatisfied with this solution, feeling that by not airing it those who don't watch the live feeds would never know what Angela and Rachel said. And since viewers do get to have a small hand in the gameplay, many viewers felt it was unfair that they weren't being given the whole picture. That said, for viewers who don't have live feeds the news of what Rachel and Angela said still went pretty viral, and thus Big Brother fans would have to actively be avoiding Big Brother news to not hear about the incident.

However, based on the fact that Rachel did end up with the crap app this week, it seems pretty clear that most viewers know exactly what happened and they weren't happy about it. For her crap app, Rachel chose "Yell!" For 24 hours, someone will come into the house at random times and yell at Rachel about her gameplay. The app didn't say who it was, but many fans are confident it's BB19 winner Josh Martinez, who became very well known for yelling and banging pans last season.

While the punishment will certainly be annoying it probably won't affect Rachel's game in any way, other than to possibly give her a headache. Thus, though Rachel was clearly devastated to get the crap app, she shouldn't worry. She's totally safe...at least for this week. Who knows what'll happen next week after Swaggy is most likely evicted and someone else becomes head-of-household. For now though, Rachel is totally fine.