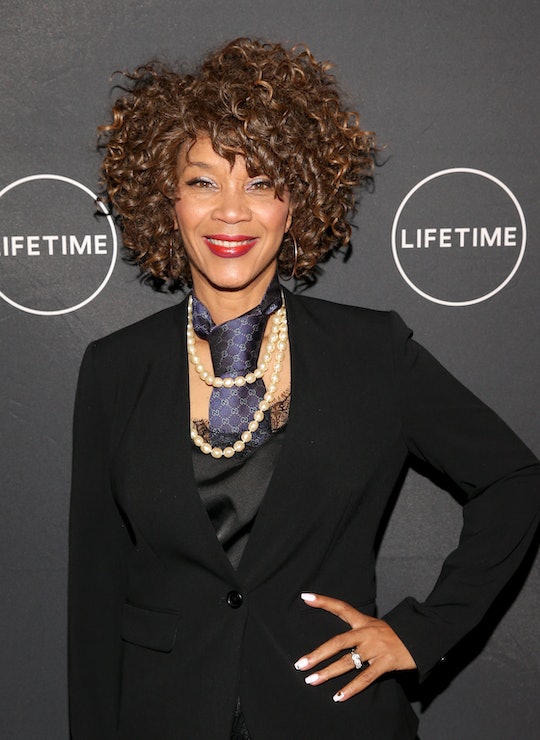 Regina Louise Is An Unofficial National Treasure — Here's Why

The premiere of Lifetime's I Am Somebody's Child means it's time to gather your closest pals for one big cry-fest. Seriously. This heartbreaking yet hopeful movie — based on a true story — is one you won't soon forget. The story follows foster child, Regina Louise, and her quest for a mother; a place she belongs. With how much this amazing woman has been through, where is Regina Louise now?

As the author of Somebody’s Someone and Someone Has Led This Child to Believe, Louise spends her time traveling as a coach and motivational speaker. Her APB Speakers bio says her topics of choice are "Triumph of the Spirit," and "Importance of Child Advocacy." Her work as a foster care abolitionist helps those with trauma and helps them overcome through personal development — just as she's done.

If you aren't familiar with Louise's story before watching the movie, the official Lifetime description of I Am Somebody's Child explains the film is about:

A young African-American girl who navigates over 30 foster homes and psychiatric facilities before age 18, and the one woman, Jeanne, who believes in her. After Jeanne’s unsuccessful attempt to adopt Regina due to a racially motivated ruling, their bond is forced apart. I Am Somebody’s Child is Regina’s story of how one woman’s belief and love becomes her lifeline as she defeats the odds of a corrupt system and succeeds. After 25 years, Jeanne is finally able to adopt Regina in the same courthouse that denied them previously.

It all began when her father — late singer and songwriter, Tom Brock — abandoned Louise, his second child, when she was just 13. She was then entered into the foster care system only to be moved between over 30 different homes and psychiatric facilities before she aged-out at 18. Through all of this, a woman dedicated to giving Louise a home, Jeanne Kerr, petitioned to adopt Louise, but was denied due to race relations, discrimination, and segregation at the time. Afterwards, Kerr married, had a child, and moved south. You'd think this is where both Kerr and Louise's connected journey ends. Nope. It's only the beginning.

While it seems as though Louise could've gone any direction, she persevered, even having a child of her own. That's when things took a turn. In an interview with San Francisco gate, Louise said, "I waited for 40 years for somebody to claim me, and I decided it was never going to happen." But then, in a twist of fate, her first book was published (Somebody's Someone), which prompted Kerr (who has since become Jeannie Taylor) to reach out via Louise's email on her website. That email led to a phone call which then led to their '03 re-connection and finalizing the adoption that had been rejected 25 years before. "We all need to feel as though we belong," Regina said in the same interview. "We all need somebody to hear us when we say, 'I'm out here by myself. I'm scared. What am I going to do?'"

It's clear Louise had a purpose and she's living it. Whether through her tribulations in the foster care system that failed her, or the reunification with the mother that was so obviously meant to be hers, Louise's dedication to speaking out about her experiences helps others. "The stronger my sense of self-worth becomes, the less dependent and co-dependent I am on her," Louise said of Kerr in an interview with Chronicles of Social Change interview. "I’m grateful, but now, like in adolescence, I have to launch."

And launch she has.