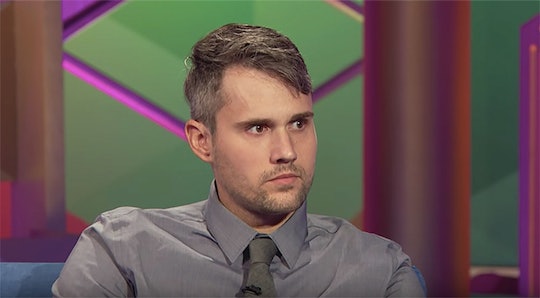 Where Is Ryan Edwards Now? The 'Teen Mom OG' Star Is Reportedly In Rehab

Teen Mom OG star Ryan Edwards has had a rough couple of years, especially where it concerns his drug addiction. And given the severity of the dad's issues, it's fair some fans want to know where Ryan Edwards is now. As it turns out, Edwards is reportedly back in rehab.

Edwards most recent arrest occurred in July 2018, when he was booked for allegedly violating his probation related to a March 2017 arrest for simple possession of heroin and possession of drug paraphernalia, according to In Touch Weekly. Although the arrest wasn't drug-related, many fans wondered if the violation signaled a drug relapse for Edwards because he went MIA from social media shortly after. Additionally, it wasn't clear what steps — if any — he had taken to maintain his sobriety.

"We're not returning to Teen Mom this season. The network told us they don't want to show Ryan as a recovering addict," Mackenzie alleged. "But they did want to enter a contract with our unborn baby and have the baby film with Ryan's parents so it would look like someone else is raising it."

Tell us how you really feel, Mackenzie.

Sources close to Edwards claim he checked into an Alabama-based rehab facility in September, just a month before Mackenzie gave birth to their son, Jagger.

Edwards is set to stay in rehab until February or March, according to Radar Online, marking his longest rehab stay yet. Although it's great Edwards is getting help, it's sad he reportedly missed Jagger's birth on Oct. 9.

It's possible, however, that Edwards will leave rehab early like he did last time. Why, you ask? Edwards reportedly can't wait to meet Jagger, and there's a chance he'll be home for Thanksgiving.

As for how Edwards' rehab stint will affect his 9-year-old son, Bentley, rest assured Bookout is doing everything in her power to keep his life running smoothly. Want some proof? Look no further than Bookout's claim that Edwards' issues won't affect Bentley's relationship with his paternal grandparents. She explained to Us Weekly:

We’ve all been through the ringer in the last couple years, but we’re still coparenting with them. Sometimes we don’t always agree, and we may not be very happy with each other, but at the same time we all respect each other and appreciate our goal. I don’t think that there will ever come a time when we’re unable to coparent with Jen and Larry. Mainly because we don’t let our feelings get in the way of what’s important and the relationships that are necessary for Bentley to have.

Aww, how sweet. It's nice to know wherever Edwards might be in life, Bookout and his parents will always hold things down for Bentley.

On that note, good luck to Edwards in his recovery — battling addiction is never easy.