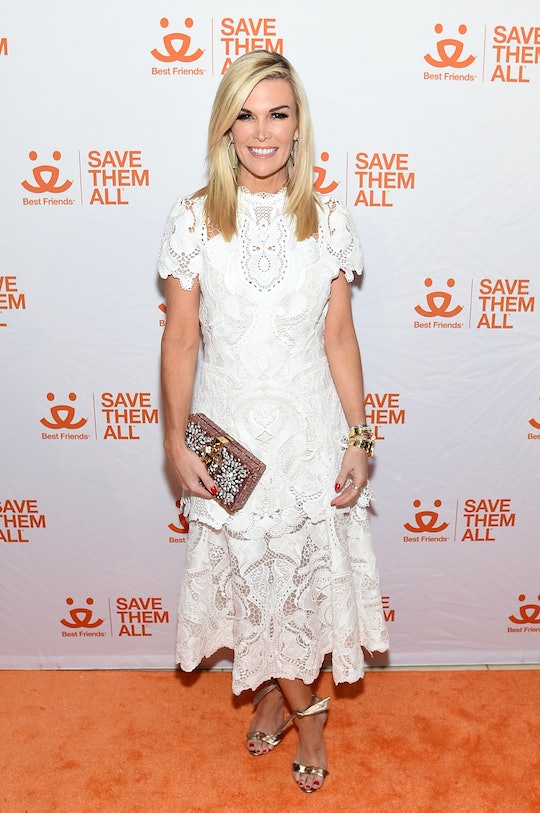 Scott & Tinsley Weren't Able To Make It Work On 'RHONY'

Though Scott Kluth hasn't made an appearance on Season 11 of The Real Housewives of New York, he's still a topic of conversation amongst the women. Tinsley Mortimer's relationship with him is one of stops and starts, but it seems like they might be over for good these days. So where is Scott Kluth now?

According to Us Weekly, Tinsley and Scott split in February of this year. They had numerous minor breakups before, mostly because living in different cities (Scott in Chicago and Tinsley in New York) put a strain on their relationship. But Season 11 has also hinted at the fact that Tinsley may be looking for something more serious than Scott is interested in at the moment. Or at least her mother Dale Mercer is, if all the reminders about weddings and children is any indication. But that's purely speculative.

Scott doesn't seem to have social media accounts (if he does, then they're not publicly available or linked to his name), so getting an update on his life is tricky. Unlike Tinsley, he's not a reality TV star, but just a normal guy living his life outside of the limelight. Any information about him is generally shared by Tinsley on the show; Scott doesn't seem to advertise the details of his personal life anywhere else.

Scott is the CEO of CouponCabin, a company that provides coupons online to a vast variety of retailers, from Old Navy to Amazon to Tempur-Pedic and everything in between. In 2013, he did an interview with A Drink With where he explained what led him to found the company. Before CouponCabin, Scott worked at Sears.com and often made purchases from competitors to find out what their packaging and shipping was like. He used coupon codes to cut costs and it eventually inspired him to turn the focus exclusively to coupons.

"When I left Sears I was kind of running from something, not to something," Scott told A Drink With. The environment was very corporate and very structured, which didn't match how Scott wanted to conduct his business. "I had gotten to a point where I was unhappy with the red tape and politics of it all, so I said, 'Why not try and start a coupon site?' At the time there weren't any sites like that." With five grand borrowed from his mom, he made CouponCabin a reality.

But it wasn't easy. Scott was candid about the difficulties he'd had and how much of his energy was required to keep the business going. According to him, "The life of an entrepreneur is problem after problem." And those issues could come from any direction: HR, not having enough money, or just trying to keep the customers coming.

At the time, he said he saw himself married with kids in ten years, because he felt he'd "sacrificed too many relationships and things like that" for his work. It's interesting in the context of his relationship with Tinsley, because she's said more than once that his job keeps him too busy for dating. But then again, it hasn't been ten years yet. Who knows what might happen in the next few years?