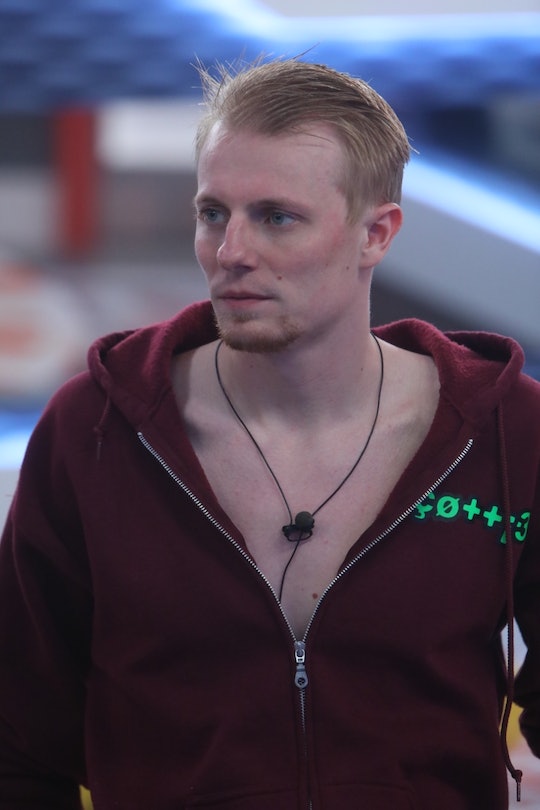 This week has not been good for Scottie and it could end up being his last week in the Big Brother house. Thankfully, he has made it far enough into the game that if he is evicted he will not be sent straight home. Instead, he will go to the jury house. However, if Scottie were to be sent to his real home, where would he go? Where is Scottie from?

Scottie hails from Chicago, Illinois, according to his Big Brother bio. When he was first introduced to fans he was known as the 26-year-old virgin, but now fans see him as much more than that. Most fans like Scottie and so they are of course infuriated that Scottie is now on the block because his ally, Faysal, put him there.

Even though Faysal and Haleigh are the only people left in the house from The Hive, Scottie has almost always been a number for their side. Yes, he flipped his vote and evicted Swaggy C while wearing a Swaggy C shirt in week two, but Swaggy was going home either way and that was so long ago. Still, Fessy was convinced by JC that not only did Scottie not vote to evict Kaycee last week (even though he did), but that Scottie liked Haleigh so much he was planning on taking out Fessy so he could have Haleigh all to himself.

Though that idea was totally ridiculous, the fact that Fessy believed it was even more ridiculous. However, JC knew exactly how to play into Fessy's jealousy and, unfortunately for Scottie, Fessy played right into JC's hands. Now Scottie's sitting on the block next to Brett and unless Scottie, or maybe Haleigh, can win the power of veto Scottie is undoubtedly going to be evicted. This is not only unfortunate for Scottie but for Haleigh and Fessy as well, whether Fessy realizes it or not.

For some reason, Fessy fails to realize that it is just him and Haleigh against the rest of the house. He still believes JC's on his side even knowing that JC did not vote to keep Rockstar. Scottie could have been a number on their side, but instead if Scottie does get evicted it will now really be Haleigh and Fessy against everyone else. Which means unless Haleigh can win the next HOH competition, it is very likely they will both be sitting on the block next week and Fessy will have no one to blame but himself.

Fessy's poor decision this week is the final nail in The Hive's coffin. The alliance has made poor choices throughout the course of the season. From Kaitlyn's first flip vote to send Steve home instead of Sam to most recently Rockstar telling Tyler he had the wrong answer during OTEV. It is almost as if The Hive does not really want to win, but if that is the case what are they there for? They have been playing a terrible game that has led to blindside after blindside and the most astonishing thing is they are only just starting to realize that another alliance exists in the house.

Level 6 has successfully kept their alliance under wraps and Tyler has also kept his power app a secret, only revealing the truth to Sam and his allies, something Bayleigh failed to do. This is why four out of six of the Level 6 members have made it so far in this game and The Hive is pretty much over at this point. It would be shocking if someone in Level 6 did not win the game, because truthfully they deserve it.