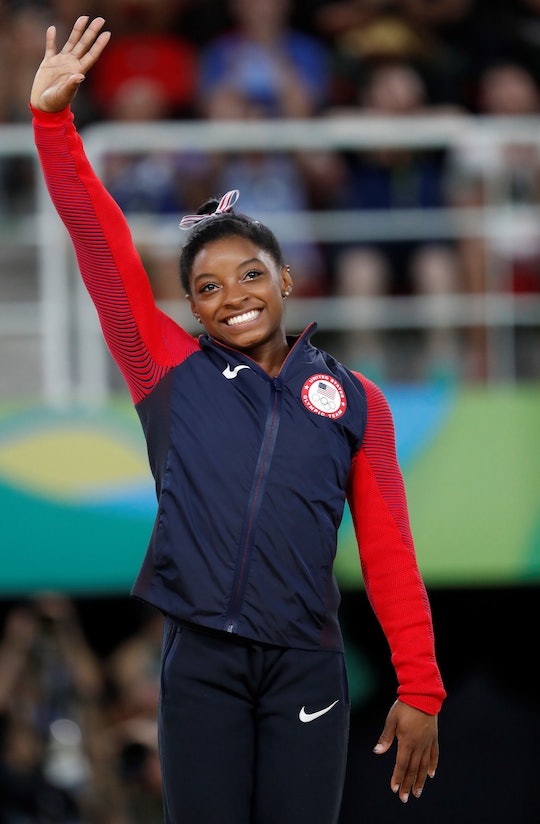 Where Is Simone Biles' Gym? The Texas Center Was Built By Her Parents

Now that Olympic gold medalist and three-time gymnastics world champion Simone Biles has nearly completed her medal sweep in Rio, many are wondering about her history as a young athlete — when she started, where she trained, and who initially discovered the girl who would become the world's best gymnast. As it turns out, the small-town story is both quaint and inspirational. Simon Biles' gym in Texas was built by her parents, and while Simone has been training there since 2014, it opened to the public this May.

According to a fascinating profile of 19-year-old Biles at Texas Monthly, the all-around Olympics champion got her start in gymnastics relatively late, at the advanced age of six. She visited Bannon's Gymnastix in her parents' hometown of Spring, Texas, and was awed by what she saw there. When she went home that day, she presented her parents, Ron and Nellie Biles, with an informational brochure.

Biles' parents immediately deduced that if their daughter wanted to pursue gymnastics, that's exactly what would happen, whether they liked it or not. “She’s always been headstrong,” Nellie told the Monthly. “When she makes up her mind, it’s, like, oh my gosh—the whole world could be upset and she’d still do it."

Only a year after beginning classes at Bannon's, Biles was discovered by Aimee Boorman, a coach who noticed her talent while casually observing the classes. Biles and Boorman continued to train together at Bannon's until 2014, at which point Biles' parents announced big plans to open their own gym in Spring. By that point, their 16-year-0ld daughter had won the 2013 all-around world title at a competition in Antwerp, Belgium. It was clear that Biles was one of the best gymnasts in the world, and they wanted to build a gym that matched her potential.

It was around this same time that Biles began practicing for 32 hours per week rather than her previous 20, according to a profile of Biles at Buzzfeed. She withdrew from pubic school in favor of being homeschooled, and Ron and Nellie continued work on the 56,000-square-foot facility that they named, suitably, the World Champions Centre.

In 2015, when sports journalist Dvora Meyers visited Biles at the Centre, she described the world-class athlete practicing alone in an unfinished, yet state-of-the-art, facility. "I had twice driven past a nondescript side door, which was functioning temporarily as the gym entrance, before I realized that it was the only way in," Meyers wrote. It wasn't until May 2016 that the Biles' opened the facility to the public, when they threw a grand opening party that was attended by Martha Karolyi, the legendary head coach of the USA Women's Gymnastics Team.

The World Champions Centre is an amazing tribute to the love and enthusiasm that Ron and Nellie Biles show for their daughter's career. It seems fitting that a generation of talented gymnasts are now beginning their training under the Biles' welcoming roof.