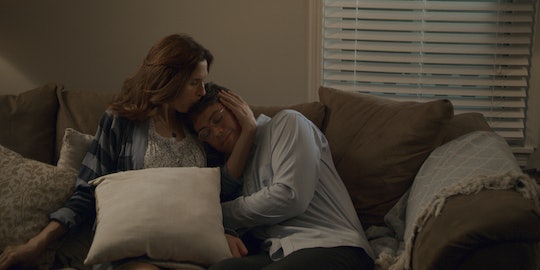 This California Town Is The Perfect Backdrop For 'Special'

I have to applaud Netflix for generating some of the more ambitious original content available today. One of the latest, Special, follows a gay man with cerebral palsy. Each episode is only 15 minutes, but fills every second with some of the freshest takes on disability and sexual orientation representation around. Fans of the series will want to know where Special is set — because this series is about to make history.

Just as O'Connell grew up in California, his character (also named Ryan), is a Cali boy too. O'Connell grew up in Ventura, which he described to Vulture as "like Laguna Beach but with a little bit of meth. Very easy-breezy, blue-collar beach town." Ventura is the coastal town northwest of LA that is, according to The City of Ventura's website, "considered one of America's most desirable places to live." They calculate this based on "climate, friendly people and spectacular coastline." However, the show appears to be a Los Angeles situation.

Location aside, Special isn't word-for-word O'Connell's story on the small screen, but it's pretty darn close as it's grounded in his experiences living as a gay man with cerebral palsy. The show is based loosely on his bestselling 2015 memoir, I'm Special and Lies We Tell Ourselves. O'Connell told Queerty in an interview, "I mean, the emotions and themes are autobiographical. It’s all about how hard it is to run from who you really are, especially if you have a limp. But the actual things I’m portraying didn’t always happen to me."

In an interview with Vulture he talked about the car accident that became the catalyst for Special's foundational mark — that O'Connell played off his palsy limp as a side effect from the accident. What actually happened? He suffered compartment syndrome, which is "when something hits you at such blunt force that it cuts off the oxygen flow to your muscles." In O'Connell's case, the car hit his left side, while his palsy affects his right side. In turn, he jokingly said he has "no good sides."

As for how he came from humble internet writer to Netflix star, O'Connell eventually went on to write for shows like MTV's Awkward, Will & Grace, and the 90210 reboot. It was O'Connell's raw and honest blog posts for Thought Catalog that ultimately led to his book deal and then Jim Parson's optioning the rights. He told Time he wanted to be sure the story of Ryan was portrayed in all the right ways saying, "It needs to come from a person that’s experienced it." With that, he added he's definitely not trying to fill any void or anything. This is just his story to tell and it's time to tell it. "I’m excited that people are saying, ‘I’ve never seen this before', but part of me is also like, Why? We should have seen this 40 million years ago."

Any series that has California as the backdrop gets my vote, but Special has so much going for it, you'll forget about the dreamy scenery altogether.