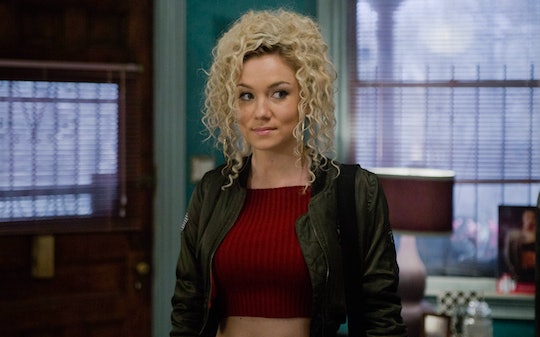 Where Is Star's Dad On 'Star'? No One Knows Who He Is

The first episode of FOX's new show Star contained a lot of reminiscing about its title character's deceased mother Mary, holding her up as a dream and a warning in one. Much like her daughters Star and Simone, Mary was a talented singer on the road to stardom, but her journey was cut short by addiction. It eventually cost her her life, a fate that Star desperately wanted to avoid (though it looks like Simone will find herself on a similar trajectory). Star wanted to succeed where her mother failed. But in all of the mom talk, there was one question left unanswered: where is Star's dad on Star? Who is this guy and why is he so MIA?

Simone and Star had different fathers, but only Simone's rated a mention. Star never brought up her own father at all. It's possible that she never met him, or he was simply never involved in her life; maybe she had no idea where he was. He obviously didn't step up to raise her after her mother's death because Star ended up in foster care. When the episode briefly flashed back to the moments immediately following Mary's death, there didn't seem to be any father figures around. There was only Mary's best friend Carlotta consoling Star and Simone. But a soap opera isn't a soap opera unless long lost relatives appear out of nowhere. Star may air at night, but it is definitely a soap opera.

However, even though the door was left open for Star's father to reappear, the show is still in its earliest days and there is a lot of other ground to cover. There have been no announcements or casting notices about Star's father joining the show, so he may not be a priority right now. Still, it would be nice to get a sense of Mary's life because so much of it was left unexplored. Only two people from her past appear on the show: her bestie and former singing parter, Carlotta, and Jahil Rivera, her and Carlotta's old manager.

Jahil was the only man from Mary's past that the audience was introduced to, but he's not likely to be Star's father even though he was in the right place at the right time. He had serious bad blood with Carlotta, but neither of them mentioned any kind of romantic entanglement — either with Carlotta or Mary. And it would be seriously, all-caps creepy if he was Star's father, because the two of them appear to have an uncomfortable flirtation brewing. At the very least she danced for him at a strip club and he fantasized about sharing a kiss with her during a dream musical number.

So, Jahil is out unless the show chooses to dial up the cringe factor. But that doesn't mean Star's father will never make an appearance, especially as Star begins her ascent towards fame. He just might not be showing up any time soon.