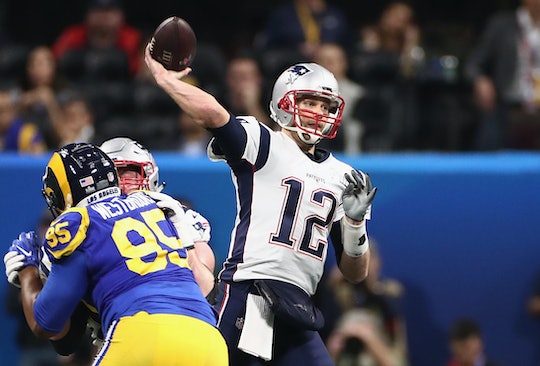 Where Is The 2020 Super Bowl? Those Attending Can Leave Their Coats At Home

The 2019 Super Bowl was in Atlanta, at Mercedes-Benz Stadium, and fans of the Los Angeles Rams and New England Patriots were beyond excited about the game. But viewers from all across the country may also be wondering, where is the 2020 Super Bowl being played? Next year's big game will take place in sunny Florida.

Miami has been working towards the 2020 Super Bowl for awhile now, as per New Mexico's KRQE News. And the city is ready for its turn in the spotlight. "We've been planning this for ten years," Rodney Barreto, the Miami Super Bowl Host Committee chairman said, according to KRQE. "We believe we have probably the best weather where you can play football in February ... We're a melting pot, we're exciting, there's vibrant, the ocean, and all the great things Miami has to offer."

As for which teams will make the trip to Miami for Super Bowl LIV (or 54), that's still, of course, yet to be decided. Fans won't know if their favorite team will be playing in the big game until next January, which really doesn't leave a ton of time for trip-planning (what's better than lounging by the pool in Miami in February, after all?).

The 2020 Super Bowl game will be played on Feb. 2, 2020, at the Miami Dolphins' Hard Rock Stadium. As NBC Sports noted, all three bids for the 2019, 2020, and 2021 Super Bowls included plans for fancy new stadiums or pricey renovations. Hard Rock Stadium reportedly underwent $450 million in renovations in order to get it Super Bowl-ready, per the South Florida Sun-Sentinel.

Cities and teams who invest in upgrades when bidding to get to host the Super Bowl often get rewarded, per Bleacher Report. Upgrades can make the stadium a better game-time experience for the fans, so in that sense, it sort of makes sense. Still, it can also be disconcerting to think that the only way you'll be able to land the big game is to do something drastic, particularly if it's not necessarily needed.

South Florida will host the Super Bowl for the eleventh time, per Miami's CBS affiliate. It'll move into the lead for most Super Bowls hosted, edging out New Orleans, with whom it had been tied.

Regardless, sunny, stylish Miami certainly doesn't feel like the worst choice for a February football game. Whether seeing the big game live and in person is at the top of your "must do" list or the idea of lounging by the pool is more your bag, there's something for just about everyone. And, well, escaping the cooler weather that engulfs most of the country each February isn't so bad either.