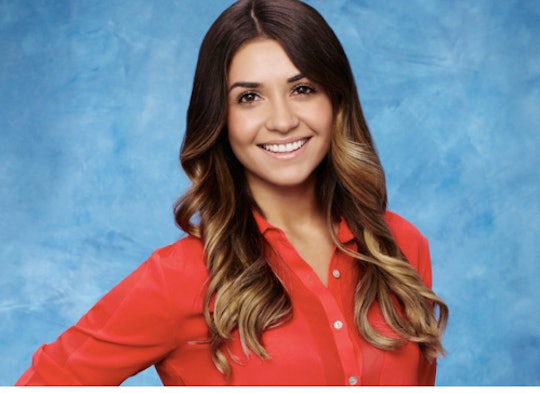 Where is 'The Bachelor's Shushanna From? The Accent Sort Of Gave It Away

Worried you'll say the wrong thing on the first date? For Ben Higgins, the bachelor on Season 20 of The Bachelor, that doesn't seem to be a dating deal breaker. On the first episode, one contestant, Shushanna, received a rose without uttering an English word. So where is Shushanna from that she can't speak English? Turns out she is from Russia, in case you were wondering, because, well, she didn't say much, and her introduction wasn't in English.

But, sneaking a peek at Shushanna's contestant profile, it's seems likely that she is at least partially bilingual (or speaks more languages than Russian and English) because she cites Inception and Shutter Island as two of her favorite movies. What does this prove? That the Russian beauty, 27, who now calls Salt Lake City, Utah, home, is schooled in American culture.

Also in her contestant profile, she admits an affinity for deep house Russian EDM, her favorite memory from childhood is playing checkers with her grandfather (how sweet!), and though she grew up in the country, she's a city person now. And she's no dummy: Shushanna is a mathematician. Since math, to me at least, constitutes its own language, Shushanna is multi-lingual in my book.

Shushanna is also interesting because she claims to be competing for Ben's heart for reasons other than the opportunity to be on national television. Here's what she said in her contestant bio:

At some point I stopped believing in love again. I thought something was wrong with me or I’m just so busy that I don’t want anyone in my life. Maybe this get away will help to open my eyes and meet someone special. And even if it doesn’t happen on the show, I believe this show will help me with my hopes and loss.

On an unrelated note, I looked up deep house Russian EDM, and found this.

As for her last relationship, Shushanna wrote:

After five years of being together, we wanted different things from life. And I couldn’t live with his mom.

So despite the language barrier (which hopefully will be resolved in some way in episode two — let's actually hear what this lady has to say!), Shushanna looks like she might be the type of smart, ambitious, woman Ben should be so lucky to date for many non-exclusive weeks. Hopefully, she gets along with Ben's mom.