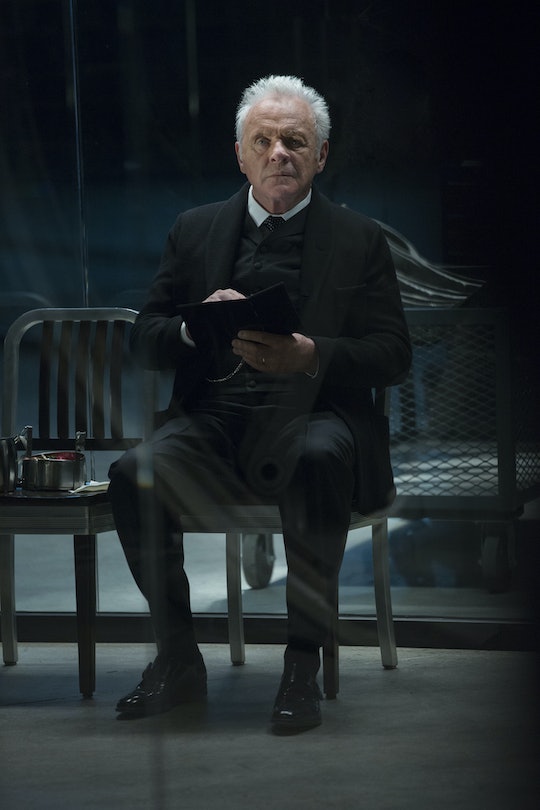 Where Is The Lab On 'Westworld'? It Isn't Too Far From The Theme Park Location

If by now, you have a laundry list of questions about Westworld, you're not alone, but that's probably the goal at this point. But for every question about the theme park itself, there are several more about the lab where the hosts are "born", fixed, and stored. But where is the lab on Westworld? So far we've seen that it easily has hundreds of levels to it, along with living quarters for some of the staff, and a storage facility below. And we've also seen Ford and Bernard leave the lab to go out into the desert, on the outskirts of the main parts of the park, so it's safe to say that the lab on Westworld is just beyond the park itself.

On the website for the Delos corporation, which is in charge of Westworld, you can find a video of the layout of the lab on Westworld, as well as the different levels of the facility and how far underground the place really goes. But as it pans back, you'll see that, just as we've seen in the show, the lab is built into a mountain that is just like the desert ones we see in the theme park portion.

The lab on Westworld is located just below the administrative offices, which is under the living quarters. And the place as a whole is located on the far outskirts of the land and smaller towns surrounding Sweetwater, where the train brings all of the guests.

It has to be a certain amount of distance away, though, as to not be available to any of the hosts. But they have to be close enough to be able to intervene if they need to power down all of the androids, and also to come and clean up at the end of the day so that when things reset the next day, there isn't blood and broken glass all over the place.

In Episode 1, we also got an exterior shot of where the lab is housed time when Lee and Theresa were talking out on the balcony, which overlooked a desert and mountains that you can only assume is part of the greater outskirts of Westworld. The tall mountains probably cover any chance of anyone who makes it that far to actually find the lab, and there are cameras everywhere to stop them, should they try.

The lab on Westworld is just a small part of the larger corporation built into the side of a mountain that has access to Westworld, but is hidden enough to not be found by any wandering guest or host.