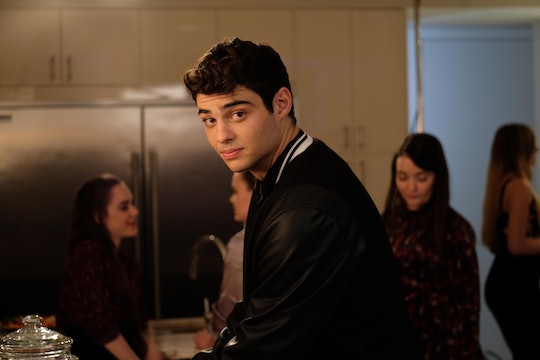 It's been, what, eight months since we've seen a Noah Centineo rom-com on Netflix? After a whopping one-two punch last summer with To All The Boys I Loved Before and Sierra Burgess Is A Loser dropping within mere weeks of each other, that's a pretty lengthy drought. But the internet's collective boyfriend is returning to the genre in a new film. Viewers tuning in to the all-American high school tale may be wondering where The Perfect Date is set. Though there aren't any hints about where the film takes place in pre-release materials, Seventeen reported that the cast filmed the movie in New Orleans last spring.

The core cast includes Centineo, Laura Marano (of Disney's Austin & Ally fame), Riverdale's Camila Mendes, and relative newcomer Odiseas Georgiadis. They posted plenty of photos on social media hanging around and enjoying New Orleans while they were shooting the film. And even though the film synopsis doesn't mention whether The Perfect Date is set in a real or fictional town, it does make clear that the film's protagonist, Brooks Rattigan, has aspirations of going to a very real Ivy League school. Brooks desperately hopes to attend Yale — and actually has the grades to get in! — but he definitely can't afford it. Thus: an app idea is born.

While working his after-school job, Brooks overhears a local rich high school kid complain that his uncle is paying him to escort his cousin to her semiformal dance. Brooks offers to take her instead — if he can collect that fee, of course, and drive the rich kid's car. He agrees and Brooks is well on his way to developing his side hustle.

"Is this your job?" the girl cousin in question (Marano as Celia Lieberman) asks in the trailer. "It should be. Troubled rich girls in need of a chaperone? It could be big business here."

Brooks mulls that over and, eventually, links up with his programmer buddy Murph, played by Georgiadis, to create an app bringing that very business to life. He advertises himself as a customizable stand-in date (hence the movie's original title, The Stand-In), and taps into a very thirsty market. It's basically a very chaste escort service for teens, but nobody seems to be thinking too hard about that angle? Anyway, Brooks starts making bank and, as you can probably guess, catching feelings.

Mendes plays Shelby Pace, Brooks' crush who he finally scores a chance with. But he's spent so much time disguising himself as different people's ideal boyfriends that he isn't quite sure who he's supposed to be with Shelby — another fabulously rich girl to his rather humble beginnings. Celia, who's been his trusted advisor through this whole process, becomes the third side of this love triangle and teen angst ensues.

"I've been so many people these past few months: a cowboy, an art connoisseur, and a bad friend," Brooks says very seriously in the trailer. "But it's time to figure out who I am and what I want."

The good news is, you can discover the answer to that question right now. The Perfect Date is currently streaming on Netflix.