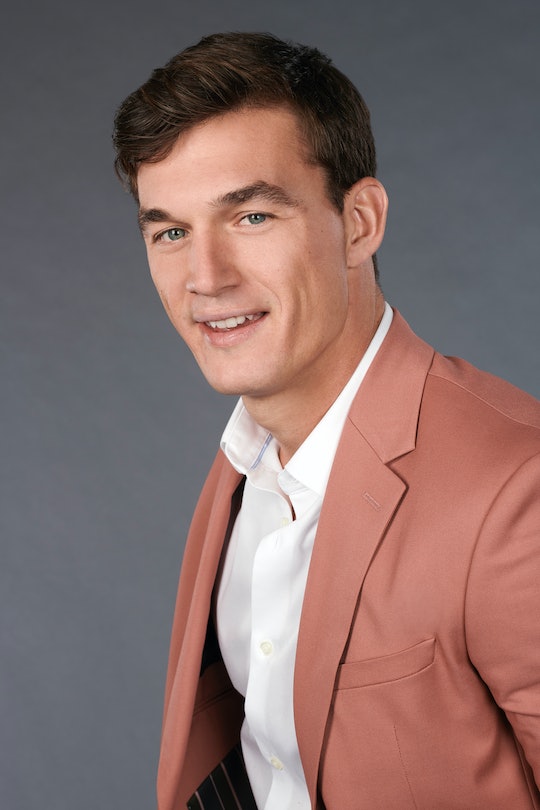 I'll Give You One Good Reason To Visit *This* Place & His Name Is Tyler C.

Boy, oh, boy, has The Bachelorette had quite the season. As Hannah narrows her men down for hometowns, previous eliminations have Bachelor Nation seriously shook. Still, there's one hero who remains a constant source of sunshine — and it makes sense considering where he resides. Sure, he's got the looks of a beach babe, but where is Tyler C. from? I'm telling you, my corny jokes are all about to make sense.

Tyler is from the sunshine state itself, Florida. His ABC bio also states he received his MBA from Florida Atlantic University, and before the taping of the show, worked as a general contractor near his hometown of Jupiter. He's also a model, repped by two different agencies, which explains all of the shirtless smoldering on his Instagram. I'm OK with that. Tyler's an avid fan of scuba diving, because that's what you do down south near the ocean (?). I like to imagine he takes his rescue dog, Harley, with him, because that's what real dreams are made of.

In case you're looking to plan a Bachelorette-inspired trip, Jupiter is located on the southeastern coast of Florida. There's actually a lot more to see aside from the Atlantic Ocean beaches. One mainstay tourist attraction is the red 1860 Jupiter Inlet Lighthouse where you can look over the Loxahatchee River. I sense a romantic date coming. I can't help but wonder if the promo featuring Luke P.'s possible exit has anything to do with this hometown visit. Just a theory.

Tyler C., in my opinion, cannot be matched this season. Maybe there's something in the water down there, but he checks all the boxes. Not only has the Floridian become the internet's collective love interest for being such a gentleman to Hannah, but he's about to take her home to meet the folks for the hometown dates. I'm positive there will be endless swooning. How could you not with this one? As the man who continually stands up to Luke P.'s antics, Tyler C. still manages to keep his cool, unlike a few other contestants who let Luke get under their skin (cough, cough, Garrett).

Despite all the distractions this season, the "respectful king" isn't a shoo-in. There are still others to contend with, including Peter the Pilot, Jed, and resident villain Luke P. After Hannah sent Mike, Connor S., and Garrett home, the tension between the three guys versus Luke was palpable from my living room couch, so I can't imagine what it felt like in the room. The others will take Hannah to Westlake Village, California, Nashville, Tennessee, and Gainesville, Georgia if all goes according to plan. If I were Hannah, I'd be most excited about the coastal Florida trip, but I'm only a little biased.

Now that you know Hannah will most likely visit Jupiter, Florida, with the sun, sand, and beachy, romantic vibes alongside Tyler C., maybe it'll help dull the ache of all that Luke P. drama with, what appears to be, his possible exit. And if you haven't yet booked your travel plans for the summer, scroll through Tyler's Instagram and find a dozen reasons why this is the place to be (but, just so you know: he probably won't be standing there waiting for you, shirtless).