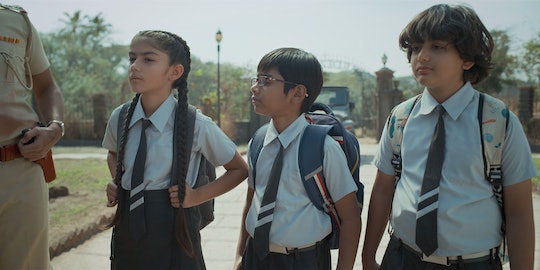 Netflix’s new horror series, Typewriter, tells the story of three young kids who set out to catch the ghosts that lurk in their town’s infamous haunted house, while a local cop investigates the string of murders connected to it. The Hindi-English series takes place in a tropical location that features a spooky small town vibe. It looks like it was filmed somewhere in India, but exactly where is Typewriter set?

The series takes place in Goa, a city on the western coast of India that has a rich and intriguing history. According to Britannica, after Portuguese explorer Vasco da Gama opened the sea route from western Europe to Asia in the late 1400’s and early 1500’s, Goa was invaded by the Portugese army under the command of Afonso de Albuquerque in 1510.

The city became the Portuguese capital in Asia, and saw many invaders over the centuries. Eventually, when India won its independence from the British, Portugal was pressured to give up Goa and it eventually became an official Indian state in 1987. Along with the cultural and architectural influence left behind by the Portuguese, Goa’s scenic beaches and laid-back vibe makes it a hot spot for tourists from all around the world.

Typewriter centers around Bardez Villa, a haunted mansion in the heart of Goa. When the homeowners’ descendants — including mom Jenny (Palomi Ghosh) and kids Anya (Sara Gesawat) and Nick (Aaryansh Malviya) — move in, the house’s sinister presence is reawakened. Jenny’s grandfather was a horror author, and in the house, he left behind a typewriter that now seems to be controlled by an evil presence.

“Typewriter is about a haunted house and a haunted book that stir the imagination of a group of young, wannabe ghost hunters, and a dog, determined to capture the ghost that plagues the notorious home in their neighbourhood in Goa,” reads the Netflix synopsis for the series. “When a new family and their captivating daughter move into the haunted home, the crew finds it difficult to balance the demands of school and chores with the renewed urgency to capture the neighbourhood ghost before it is too late.”

In an interview with The Hindu, Typewriter director Sujoy Ghosh revealed that he used Goa as a backdrop for the series because of its unique aesthetic and dynamic spaces. “It has those nice lanes, intimate settings which are a mixture of modern and old; villas and bungalows,” he said. “And it’s not a concrete jungle, so the terrain allows the kids to actually go on an adventure.”

Having visited Goa myself, I can attest to its distinct ambience. When it comes to food, faith, language, and architecture, the city is a melting pot, and its rich old-world European charm stands out against its tropical climate and culture. I can see why the makers of Typewriter utilized Goa as the backdrop for this spooky story, and I’m sure fans will enjoy getting a feel of the city’s extraordinary allure.