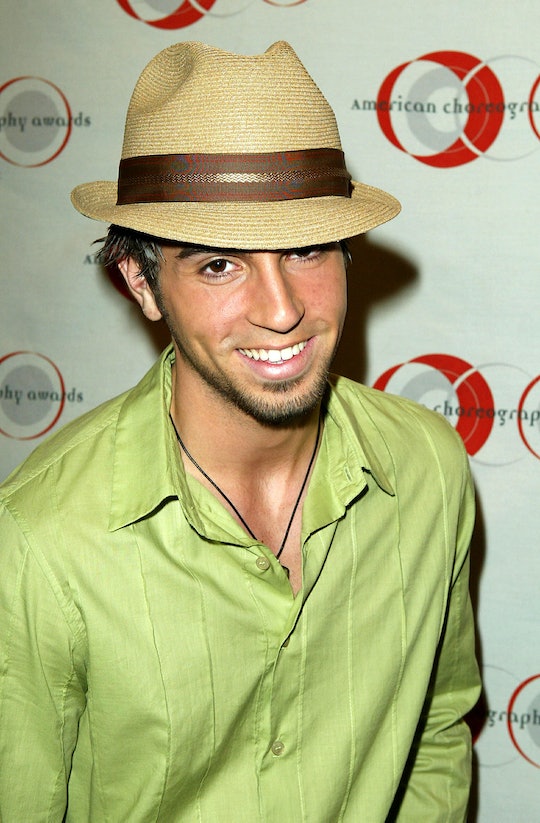 Choreographer Wade Robson Is Back To Doing What He Loves Most

You may not be familiar with the name Wade Robson, but it's the name behind some of the world's biggest pop stars. The mega talented choreographer and producer is back in the limelight due to the upcoming HBO documentary he appears in, Leaving Neverland. It's important to know where Wade Robson is now, because the past doesn't define him.

Wade Robson, an Australian dancer who got his start in a dance troupe performing 14 shows per week, has been married to actress, Amanda Rodriguez since Aug. '05 and they have one child together. He's had a lot of success building the dance careers for many through appearances on shows like So You Think You Can Dance and The Wade Robson Project, as well as producing and directing world tours and music videos for the likes of Britney Spears, Pink, Aerosmith, Usher, NSYNC, and so many more. His interests now lie in JUMP, which is the largest dance convention in the world. The convention tours 26 US cities and four international cities, according to its website, with each stop being a Friday - Sunday thing. The whole event gives dancers workshops in different dance styles, a competition with judges, faculty performances, and scholarships.

As a two-time Emmy winner, Robson's part in JUMP comes after a long break from dance following the sexual molestation accusations he discusses in Leaving Neverland that have recently stirred up more controversy. The alleged abuse, according to Robson, happened in the late '80s and early '90s, beginning when Robson was a child after appearing in Jackson's music videos "Black or White," "Jam," and "Heal the World."

With all of that, stress was bound to take its toll. Robson told Dance Informa he'd had two breakdowns in a year which is what resulted in his need to speak out about the alleged abuse. "This initiated a titanic mental, emotional, physical and spiritual healing process that continues to this day," he said, hoping that speaking out is an "impactful way to raise awareness about child sexual abuse and the many people who enable it by either looking the other way or blindly facilitating it." Because of what he alleges he went through, dance took a backseat while he focused on his own personal healing. He continued, "I am now able to consciously take back what I now know was always mine: my relationship with dance."

Leaving Neverland isn't Robson's first time speaking about the alleged abuse. In 2013, he filed a lawsuit against the estate, but the statute of limitations had expired and the case was dismissed. The claim was later amended to allege Jackson's production company was a "a child abuse operation" in disguise. The Associated Press reported that Jackson estate attorney, Howard Weitzman sent a letter to the U.K. network Channel 4, stating that no one attempted to reach family, friends, or supporters of Michael Jackson for the documentary and it is a breach of the network's ethical guidelines. The estate also sent a letter to HBO calling accusers "disgraceful." "Those concerned should be given an appropriate and timely opportunity to respond,” the letter says. "I think we can all agree that the false allegations being made in your ‘documentary’ are ‘significant allegations’...it is hard to imagine more significant accusations that can possibly be made against anyone."

While Robson shares his story, along with another accuser, James Safechuck, the estate recently filed a $100 million lawsuit against HBO seeking "damages proximately caused by HBO’s reprehensible disparagement of Michael Jackson, which could exceed $100 million should HBO succeed in the damage it is intending to cause the legacy of Michael Jackson."

No matter how any of the lawsuits turn out, it's definitely a story worth hearing.