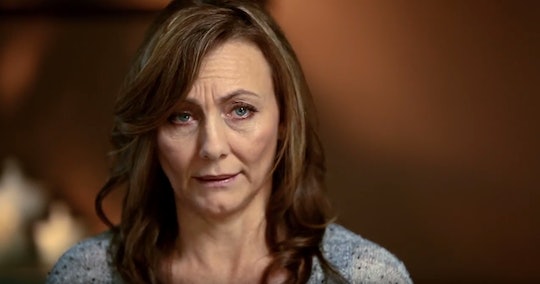 Need More 'Abducted In Plain Sight' Info? Here's Where You Can Buy The Book

In Netflix’s true crime documentary, Abducted in Plain Sight, Jan Broberg details the kidnapping and repeated sexual assault she faced as a child. But before the documentary aired, Broberg and her mother, Mary Ann, released a detailed book that described their harrowing ordeal. If you are interested in the read, you’re probably wondering where to buy Jan Broberg’s book, Stolen Innocence.

Stolen Innocence: The Jan Broberg Story, authored by Mary Ann Broberg, is currently available to purchase on Amazon. The book tells Jan’s story from her mother’s perspective, detailing the manipulation the family suffered at the hands of Jan’s abductor, Robert “B” Berchtold. In a summary for the book, Mary Ann describes it as gripping story of challenge and survival, and hopes that it alert parents about the tactics used by sexual predators.

“Stolen Innocence follows the real-life trail of deception that plagued Jan Broberg from the age of twelve when she became the victim of a terrifying and bizarre four-year brainwashing ordeal,” the book’s blurb reads. ”Stolen Innocence: The Jan Broberg Story details not only the frightening acts of a dangerous pedophile, but also shows warning signals and teaches many of the tough lessons that parents, neighbors and society must learn in order to better protect our children.”

The Broberg’s story is disturbing and shocking, but it highlights the extent of manipulation a sexual predator could use to gain a family’s trust. In the documentary, the Broberg family — including Jan, Mary Ann, Jan’s father Bob, and her sisters Karen and Susan — detail the way Berchtold used their friendship and status in the community to blackmail them into keeping quiet about his relationship with Jan. Berchtold, who was fixated on Jan, had separate sexual encounters with each of her parents, and threatened to expose them if they stopped him from seeing Jan.

When Jan was just 12-years-old, Berchtold told Mary Ann that he was taking her to a horse farm, but instead, he drugged her and took her to a remote mobile trailer, where he brainwashed her into believing she was part of an alien conspiracy that required her to carry his child. He made Jan believe that if she didn’t comply, or if she told anyone, her family would suffer, and the world would end. After two days, the Brobergs called the police, and the FBI found Jan and arrested Berchtold. But when Berchtold threatened to expose Bob and Mary Ann, they withdrew the charges.

Berchtold abducted Jan for a second time when she was 14, and took her to a private boarding school in California where he registered her under a false alias. Jan went with Berchtold willingly, because she still believed being with him would avert an alien apocalypse. Eventually, the FBI found Jan and brought her home to her parents, but it wasn’t until she turned 16 that she realized he had been lying to her all along.

In the documentary, Jan says that years after the ordeal was over, she and Mary Ann would discuss their experiences, which Mary Ann began penning down. “I began writing the book in earnest in the ‘90’s,” says Mary Ann. “I finished it in 2003, had it published, and then we began speaking at different events.”

Now, through the book and the documentary, Jan and Mary Ann have turned their painful experiences into a lesson of vigilance, so that parents can look for signs of predatory behavior and be better prepared to handle them.