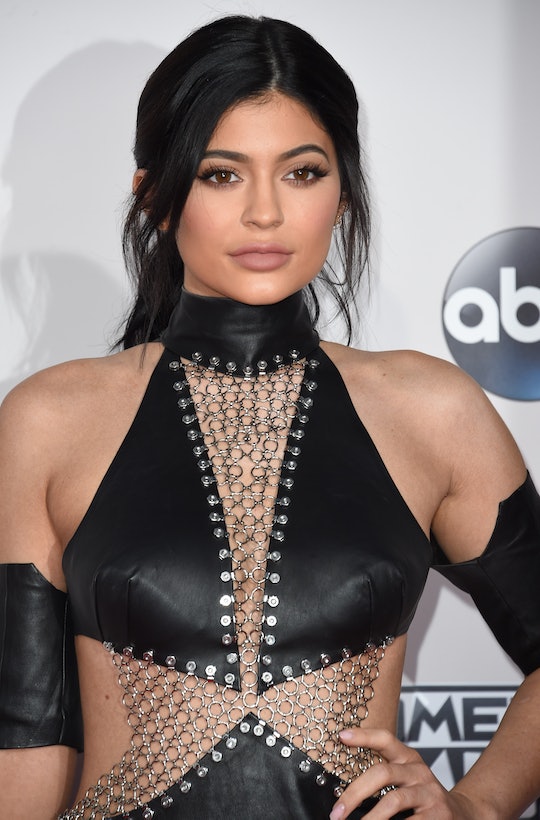 Where To Buy Kylie Jenner's Lip Kit? It's Super Sold Out For Now, So Good Luck

Forget about Black Friday madness. The most hardcore fashionistas broke the Internet on Cyber Monday trying to buy Kylie Jenner’s lip kit. Literally, her site, lipkitbykylie.com, went down for a few minutes yesterday morning. And by the time it was back up, the set of three lipsticks were all sold out. By mid-afternoon, there were bidding wars on eBay for all three of the brown shades — Dolce K, Candy K, and True Brown. Right now, there is a listing on eBay for the Dolce K at $10,000. I'm as obsessed with the nude color as the next guy, but let’s cross our fingers that that turns out to be a hoax. What's definitely real? The sale of the kits for around $300 on eBay, when the lipsticks retail directly from Kylie at $29.

The shades were completely hand picked by Kylie herself according to her site, and she’s been asking buyers to share their “Kylie lip” on Instagram and Twitter with the hashtag #LipKitByKylie. But do not fret, there may still be a chance to get your hands on some (without shelling out your grocery budget for the month) very soon. Kylie seemed just as broken up about the sell-out as her fans. She was online all morning tweeting through the site crash and the buying frenzy. Later, she assured the beauty world that there will be a time to get yours:

But Guess Who Did Get One?

That seems sort of unfair right? But before you sneakily whip out the credit card for a late night bid on brown lipstick, there are other ways to get the Kylie Lip. Or just listen to the girl herself and repeat after me: this is not exclusive, and there will be more where these came from. Let's just hope Santa knows how to shop online.