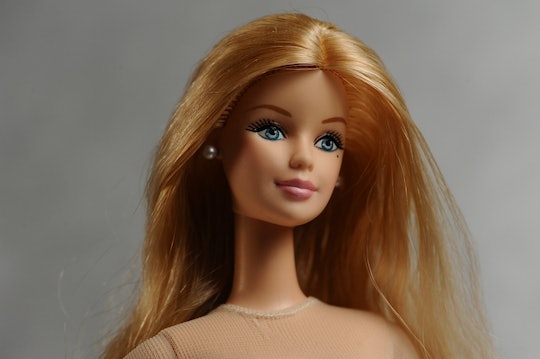 Where To Buy The New Barbie, Because People Really Do Come In All Shapes & Sizes

The iconic doll that was once the bane of feminists' existence became a model of body positivity and diversity on Thursday. Barbie, once waifish, impossibly-breasted, and trapped on her tip-toes, now comes in three body types: tall, petite, and curvy. Now that the news has hit the public, parents, kids, and toy fans everywhere want to know where to buy the new Barbie.

Mattel's new Barbies are on display at Barbie.com and will be sold alongside the original at Shop.Mattel.com in the U.S., starting Thursday. The first wave of lucky people who place their orders will receive their Barbies in February. The new Barbies will have an official unveiling at the New York Toy Fair Feb. 13 to 16. The new Barbies are set to hit toy stores in March. The Barbies will not only be in new shapes and sizes, but also in 17 new skin tones and hairstyles. This isn't the first time Barbie has been diversified. Just last year Mattel released 23 new dolls in a range of skin tones, hair types, and outfits. Those even had flat feet so that Barbie wasn't trapped perpetually in heels, even when skiing or hiking or working at her veterinary practice. This is the first time, however, that the form of Barbie has been changed so dramatically.

As for the motivations behind the change, Evelyn Mazzocco, senior vice president and global general manager of Barbie, said in a company statement:

Barbie has always given girls choices – from her 180 careers, to inspirational roles, to her countless fashions and accessories. We are excited to literally be changing the face of the brand – these new dolls represent a line that is more reflective of the world girls see around them – the variety in body type, skin tones and style allows girls to find a doll that speaks to them.

She also said, on behalf of the company, "we believe we have a responsibility to girls and parents to reflect a broader view of beauty." Unlike many toy companies, Mattel has been proactive in evolving and growing with the times. That adaptation will likely keep the dolls, as analog as they are, relevant and popular for years to come. Even Ken thinks it's a good thing.

It is difficult to measure how much children are affected by what they see, but there is little doubt that it affects how they see themselves. This new Barbie is great news for children of all shapes and sizes, everywhere. Soon they'll be able to play with a Barbie that looks a little more like them.