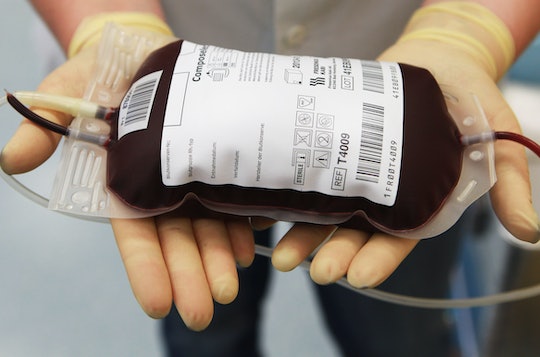 On Sunday morning, a lone gunman entered the Pulse nightclub in Orlando, Florida, and killed over 50 people in the worst mass shooting in U.S. history. When Americans woke up to hear the news, many were at a loss — after over 150 mass shootings in 2016 alone, what can be done to help? A call for blood donations to help Pulse nightclub victims, however, has driven many to stand up to aid victims. But where can you donate blood in Orlando?

(Update: According to the Orlando Sentinel, blood banks are currently at capacity, and hopeful donors should return later this week to donate. Also, The FBI has updated the death toll to 49 victims. The shooter was also killed.)

After OneBlood put out a call to residents, asking them to help due to an "urgent need for O Negative, O Positive and AB Plasma blood donors following a mass shooting in Orlando, Florida," the response was swift — in fact, the OneBlood site, overrun with those looking to provide their own blood to the over 50 wounded following the shooting, crashed due to those researching facilities. Luckily, though, there is information out there as to where those looking to help the victims of the hostage situation at the nightclub can go to give their blood. And there are plenty of locations to accommodate the many who want to save lives, despite not being able to stop gun violence.

A few locations that those in the Orlando area can visit:

Additional locations are listed by the Orlando Sentinel here.

The need for blood in Orlando, however, is just underscoring one big legal flaw connected to donations — as Slate points out, due to antiquated FDA rules, only gay men who have not had sex in one year are allowed to give blood. The recommendation is all the more upsetting when you consider Pulse is a gay club, and some are suggesting the terror attack might have also been a hate crime. (Update: One Blood announced it is accepting all donors, including gay men.)

But those who can help are — just see this video featuring a slew of residents who are waiting to give blood to help victims.

The need for blood, of course, is not just isolated to the Orlando region — consult One Blood to find out where you might be able to donate in your own area to help those in need.