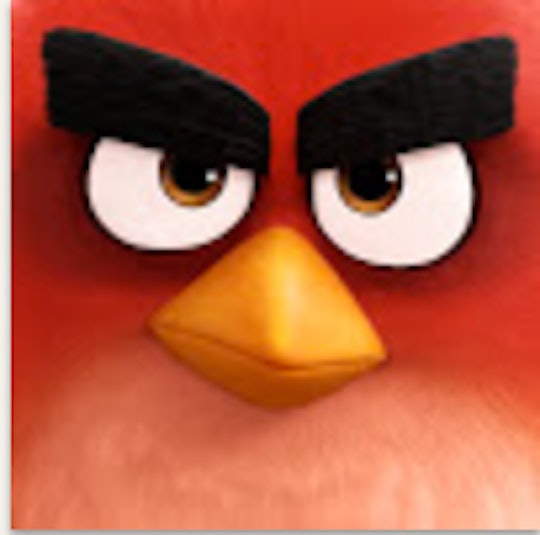 Where To Get Angry Birds Merchandise, Because Kids Are Obsessed With It

Angry Birds is no longer simply an addictive smartphone game. In push to reignite enthusiasm for the once-staggeringly successful game amid waning interest, its creator, the Finnish mobile game maker Rovio Entertainment, went all in to unleash upon us The Angry Birds Movie in 3D last month, a major investment that was years in the making. And along with that came a slew of other offerings to rile up fans: new content on the game, animated shorts, and yes, merch. Now that many have seen the film, the next task is to figure out where to get the Angry Birds merchandise for your kid. Because you're not buying this stuff for yourself, are you? Don't worry, it's totally cool if you are.

More Like This
Apple Card Family: How It Works & What Your Kids Can Learn
Attorneys General In Nearly Every State Oppose Facebook’s “Instagram For Kids” Plan
Vaccinated People Can Ditch Masks. Where Does That Leave Kids?
Here Are 33 Movies For Kids That Aren't Cartoons

For the uninitiated, here's a quick synopsis of what Angry Birds is all about, according to CNN: "Players slingshot disgruntled, wingless birds across a screen, hoping to take down the cartoon pigs that stole their eggs." That's it. Well, that was it after it debuted in 2009, but the movie, released in the United States on May 20, introduced plot and character development that did not originally exist. And right before that Rovio signed the licensing deals for merchandise with the likes of Lego Group, Spin Master, and Hasbro.

"For us, it's all about the brand and the fans," Rovio's Peter Vesterbacka told CNBC. "We have been very busy working on [creating] Angry Birds experiences in all forms and shapes for our fans."

The company wants Angry Birds to become as iconic as giants like Mickey Mouse, Mario, and Hello Kitty, and they're going at it, hard. The merchandise includes toys, games, electronics, personalized toothbrushes, sporting goods, costumes, apparel, accessories, and more. World Tech toys even has plans to build drones based on the film's main characters!

Luckily for kids (and adults), the better question is where can't you find Angry Birds merchandise. Clothing retailer H&M has a freakin' cute Angry Birds' kids line, and other big-name stores like Target, Macy's, Kohl's, and Walmart are selling Angry Birds clothes for kids as well. Amazon, predictably, is selling SO MUCH Angry Birds stuff (maybe they'll deliver it with one of those drones someday?), like lunch boxes, luggage, watches, and backpacks, that it's pretty much unreal.

On the toys side of the situation, Toys "R" Us is selling quite the playset, as well as lots of other Angry Birds gadgets. Finally, a compromise kids and parents can like: They still get to play Angry Birds, but in a way that also helps to cut back on screen time.

But that certainly doesn't mean electronics are out of the picture. Hop back over to Amazon to find the Angry Birds Star Wars 7-piece calculator set (??), walkie talkies, and sweet toy planes.

Also, check this out: Walgreens is selling an Angry Birds mouthwash dispenser, because duh, I guess. The Angry Birds trading cards have already made it onto eBay, and you can even hit up Zulily for some Angry Birds "Sun-Statches," so points to you if you know what those are.

Ville Heijari, Rovio's vice president of franchise development, told CNN in 2012 that Angry Birds is so addictive because it's a "very, very direct experience" that boasts direct controls, instant gratification, and positive feedback. That's why it's become the runaway hit that it has, and why it sometimes seems as though people can't get enough. With all this new merch, maybe they'll finally get their fill. Or maybe there will just be a sequel in addition to lots and lots of Angry Birds spinoff games. That's probably what will happen.